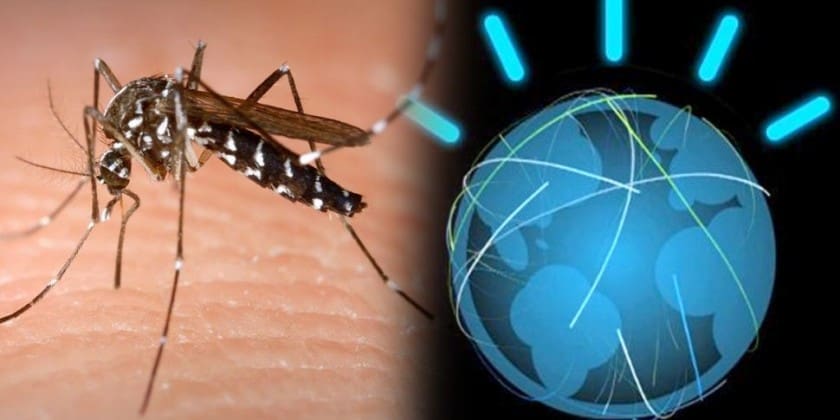 Computer hardware company IBM (International Business Machines) recently announced that it would provide its technology services and resources to help track the spread of the Zika virus and subsequently,help in eliminating it.

Oswaldo Cruz Foundation (Fiocruz), a leading research institution affiliated with the Brazilian Health Ministry, has signed an agreement with the company and is opting to use IBM ‘s technology for analysing information from official data about human travel patterns to anecdotal observations, which is being recorded on digital media seamlessly.

IBM has also collaborated with the New York City-based Cary Institute of Ecosystem Studies, a highly reputed research institute, to collect and organise biological and ecological data, in order to help devise algorithms. This helps to determine which primates are carriers for the deadly virus.

IBM also runs the ‘OpenZika project’ on the company’s World Community Grid, a crowd-sourced supercomputer in Zika virus-stricken countries of USA and Brazil. The initiative allows scientists in USA and Brazil to screen millions of chemical compounds easily. With this, the scientists would be able to watch out for identifying candidates, in order to eradicate the virus completely.

An official at IBM commented – “After Fiocruz defines the search parameters, IBM’s Research Lab in Brazil will then put IBM’s cloud-based sentiment analytics technology to work to harvest and interpret anonymized data. It will then be enabled to make actionable recommendations, directly to public health officials. Our researchers have developed sophisticated algorithms to analyze large volumes of posts on social networks in near real-time.”

Many health officials come to Brazil from all over the world. They come to understand the nature of the Zika virus, which has caused a major outbreak in the largest populated country of South America last September. This virus later spread to many countries in Central and North America.

The main benefit of IBM’s technology is to donate a one-year subscription feed of highly local, daily rainfall, average temperature and relative humidity data to both Brazil and USA and also the United Nations Children’s Emergency Fund (UNICEF). This will help scientists from both the countries to ascertain the climatic conditions and the time period, required for the deadly virus to develop and spread as soon as it is into existence.

Also, the amount of rainfall recorded, temperatures recorded and humidity on a monthly basis, will be made into a separate data as well, along with the general data. These parameters play a crucial role in the development of the Aedes aegypti mosquito, which carries Zika as well as dengue, chikungunya, malaria and yellow fever.

With the Olympics and the Paralympics beginning from August, organisers are not taking any chances with the mosquito-borne disease. By joining hands with IBM and using its new technology, Brazil would benefit and hope that the virus dies down as soon as possible.

Many small scale biotech enterprises and other organizations are developing vaccines against the Zika virus, which is linked to birth defects and neurological disorders of babies, although most work is at a nascent stage. Also, both the UNICEF and IBM will collaborate together to develop a map, showing the spread of the Zika virus in affected countries of the Americas.

Adoption of HPC on cloud will see growth: IBM

IBM has been a leader in cloud. IBM also recognized the value of containers early…