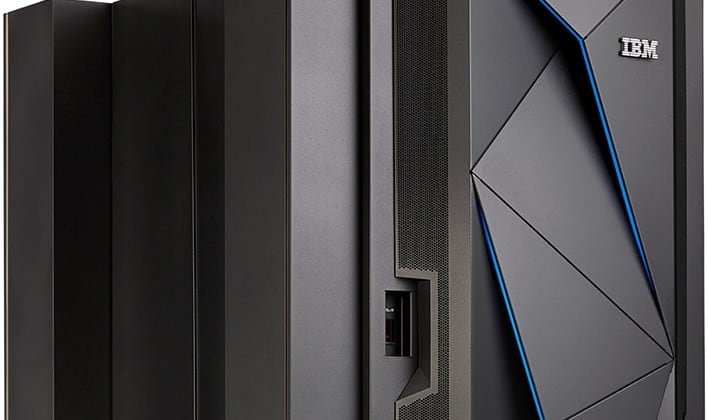 IBM revealed a series of new servers designed to help propel cognitive workloads and to drive greater data center efficiency. Featuring a new chip, the Linux-based lineup incorporates innovations from the OpenPOWER community that deliver higher levels of performance and greater computing efficiency than available on any x86-based server.

Collaboratively developed with some of the best technology companies, the new Power Systems are uniquely designed to propel artificial intelligence, deep learning, high performance data analytics and other compute-heavy workloads, which can help businesses and cloud service providers save money on data center costs.

The three new systems are an expansion of IBM’s Linux server portfolio comprised of IBM’s specialized line of servers co-developed with fellow members of the OpenPOWER Foundation. The new servers join the Power Systems LC lineup that is designed to outperform x86-based servers on a variety of data-intensive workloads.

Early testing with Tencent,  internet service providers based in China, has shown that a large cluster of the new IBM OpenPOWER servers was able to run a data-intensive workload three times faster than its former x86-based infrastructure. Moreover, this result was achieved while reducing the total number of servers used by two-thirds. Given the significant cost benefits of using fewer servers to deliver faster performance, the company is now integrating the new servers into its hyperscale data center for big data workloads.

“The user insights and the business value you can deliver with advanced analytics, machine learning and artificial intelligence is increasingly gated by performance. Accelerated computing that can really drive big data workloads will become foundational in the cognitive era,” said Doug Balog, General Manager of POWER, IBM Systems. “Based on OpenPOWER innovations from partners such as NVIDIA, our new OpenPOWER Linux servers with POWERAccel set a new standard for these workloads compared with x86 processor-based servers.”

IBM has collaborated with fellow technology industry leaders through the OpenPOWER Foundation to radically re-design the platform at the chip and system levels by incorporating the use of a wide range of accelerators to achieve greater levels of performance than available on traditional commodity servers. Through a family of interconnect innovations collectively known as POWERAccel, contributors to the OpenPOWER ecosystem will continue to develop systems and other solutions on the POWER platform that are optimized for accelerated applications.

“The open and collaborative model of the OpenPOWER Foundation has propelled system innovation forward in a major way with the launch of the IBM Power System S822LC for High Performance Computing,” said Ian Buck, VP of Accelerated Computing at NVIDIA. “NVIDIA NVLink provides tight integration between the POWER CPU and NVIDIA Pascal GPUs and improved GPU-to-GPU link bandwidth to accelerate time to insight for many of today’s most critical applications like advanced analytics, deep learning and AI.”

Anticipating the introduction of this industry-first technology, several businesses, research organizations and government bodies have pre-tested early systems and placed their orders. Among those first in line to receive shipments are a large multinational retail corporation and the U.S. Department of Energy’s Oak Ridge National Laboratory (ORNL) and Lawrence Livermore National Laboratory (LLNL).

ORNL and LLNL will use the new systems as a development platform for optimizing applications to take advantage of the built-in NVIDIA NVLink interface technology. The systems will serve as an early-generation test bed for developing demanding applications for Summit and Sierra, the next generation supercomputers that IBM expects to deliver respectively to ORNL and LLNL in 2017.

“The combination of IBM POWER8 and NVIDIA Pascal via NVLINK will accelerate our mission-critical applications,” said Bronis R. de Supinski, the Chief Technology Officer of Livermore Computing (LC) at Lawrence Livermore National Laboratory. “The significant reduction in programming complexity that they support was a major contributor to our decision use these technologies in systems that will serve as precursors of our planned Sierra system.”

“The NVLink technology on the POWER platform provides coherency among the multiple memory hierarchies in the CPUs and GPUs,” said Arthur S. (Buddy) Bland, OLCF Project Director at the U.S. Department of Energy’s Oak Ridge National Laboratory. “As a long-time user of GPUs, we believe that this will improve the performance of our applications and make it easier for the users to deliver great science.”

Additionally, clients can tap into the POWERAccel Coherent Acceleration Processor Interface (CAPI) available on the S821LC and S822LC for Big Data models for a high-speed interconnect with FPGA accelerators.

Fully compatible in Linux-based cloud environments, IBM’s Power LC servers are optimized for data-rich applications and can deliver superior data center efficiency. The new servers can be acquired at a lower price, and can deliver 80% more performance per dollar spent, over x86-based systems. This efficiency enables businesses and cloud service providers to lower costs and combat data center sprawl.