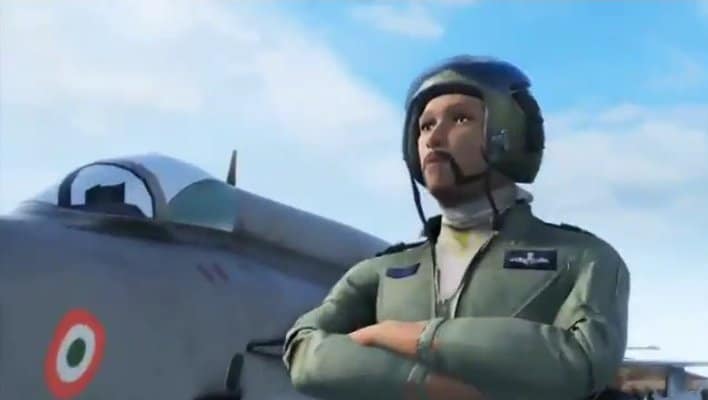 Gaming enthusiasts who are also nationalists and love playing war games will soon have a new reason to cheer. The Indian Air force will soon launch an IAF mobile game for smartphones. “Launch of IAF Mobile Game: Android / iOS version of IAF developed Mobile Game (Single Player) will be launched on 31 Jul 19. Download on your Android / iOS mobile phone and cherish the thrilling flying experience. The multiplayer version will soon follow,” said a tweet from IAF official Twitter handle followed by the teaser of the game.

The teaser starts by saying “I am an air warrior” followed by images of a MiG aircraft with a pilot standing beside it who holds an uncanny resemblance to Wing Commander Abhinandan Varthaman with his signature mustache. The resemblance has not gone unnoticed among viewers who watched the teaser. “Wow the character looks like Abhinandan sir,” says one such viewer. “MiG 21 Bison and Abhinandan,” says another.

Users, through the IAF mobile game, will be able to get the feel of being “An Air Warrior” and flying across different terrains with the most advanced machines in this world. The IAF mobile game clearly also aims at raising nationalistic sentiments amongst gamers as is evident from statements like “I Put the Honor and Security of My Motherland First.”

It would indeed be interesting to see how the IAF mobile game fairs against established mobile games such as PUBG in India, as this game holds a personal touch. Although currently only the single-player mode will be introduced, the multi-player mood will soon be launched as well, which may attract gamers all the more.

Posted by: DQINDIA Online
View more posts
IAF Mobile Game: Users can soon get to know what it feels like to be a pilot in the Indian Air Force 0 out of 5 based on 0 ratings. 0 user reviews.
Wipro launches Digital Product Compliance lab in Hyderabad
YES BANK launches Smart Edge surrogate lending program for MSMEs

At the ongoing India Mobile Congress 2021, there was a session devoted the roadmap for…