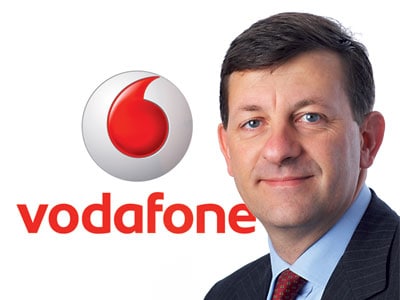 No comments
Vittorio Colao, CEO of Vodafone group said that despite the various challenges that the operator faces in a big and complex market with multiple competitors, there are very very positive signs coming from the top leadership of the country.
In a media interaction, which primarily revolved around the hot issue of very poor quality of voice service and call drops, and the Govt of India’s charge that the industry was not doing enough, and not investing enough, Colao‎ claimed that the key reasons behind call drops were s‎carcity of spectrum that was also fragmented; the scare created by EMF emission from cell phone towers; the right of way costs and challenges that comes in the way of setting more towers; and new frequency allocation after the last spectrum auction.
He however ‎insisted that he does not see it as confrontation with the government but believes this will open up debates and dialogues to find a solution. To support Colao’s point, Sunil Sood CEO of Vodafone India added “Where have you heard the telecom minister speaking on behalf of the industry to dispel myths about EMF hazards, or opening up government building for putting up towers”.
On the issue of how fast are new government policies getting implemented, and how easy it has become to do business in India, Colao said that on the ground things need to move fast.
As far as ‎ the much awaited Vodafone India IPO is concerned, Colao informed that preparatory work has started.
The company also plans to launch its 4G service by the end of this year. Stressing that data is going to be the future for telecom, Colao said that with 4G, the unit price of data will fall, but the user spending will go up.
Talking about the big global trends at Vodafone, Colao‎ said that there are four big things changes happening. These include an explosion in mobile data which is resulting impacting economies, and is becoming a critical enabler for entrepreneurs and start-ups. The second trend is the cloud architecture that really helps data grow and brings costs down. Colao added that Voda is investing big time in building cloud infrastructure. The third big thing happening at Vodafone is the M2M applications and on the Internet of Things. According to a Gartner report, Vodafone is the global market leader in the automobile M2M space.
The company’s enterprise business is growing rapidly with a big focus on MNCS and even national companies that have operations and customers overseas. “Last‎ year this business grew 20%, much more that the consumer business. And we expect to see even bigger growth”, said Sood. Vodafone with its presence in 80 countries is in a very strong position to cater to enterprises, as an increasing number is expanding globally.

Manish Dawar Takes Over As CFO of Vodafone India