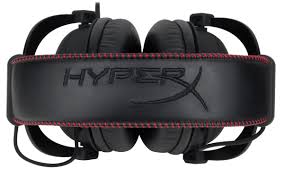 HyperX, a division of Kingston Technology, announces its association with ESL India Premiership 2016, as the official Gaming Partner for the entire event. ESL India Premiership 2016 will now be India’s biggest gaming tournament with a prize pool US$64,000. With their expertise and powerful gaming Headsets, Solid State Drives and DDR4 Memory Modules, HyperX adds power to this tournament and continues to extend its support to the Indian gaming community.

The official hardware provided for the competitions will be DDR4 HyperX Savage Memory and HyperX Savage SSDs. All systems will be equipped with this hardware to guarantee maximum performance. In addition, HyperX will give fans the chance to test and experience their newest product, the HyperX Cloud Revolver Headset, which is the newest launch of HyperX. The headset will be available for the fans at one of its kind, HyperX experience Zone for those present at the events.

Gautam Virk, Director, NODWIN Gaming, commenting on the partnership says, “I feel very happy to announce our association with HyperX today. Competitors at ESL India Premiership will be able to perform in optimal conditions thanks to HyperX. With their amazing lineup of headsets, memory and storage devices specially made for esports, I am expecting the performance of our gamers to rise to a whole new level.”

Adding on the partnership, Vishal Parekh, Marketing Director, Kingston Technology – India comments, “The ESL India Premiership is the next big revolution for eSports in India. The entire HyperX Division is very excited to continue working with ESL and to be a catalyst in developing the face of gaming in India. With our product range, tech expertize & understanding of the gaming culture, we hope to bring a competitive experience to India’s biggest gaming event.”

Kingston has announced that it has strengthened its Service in India for customers, partners and…

Kingston Technology, the memory products, has announced the appointment of Brightstar Telecommunications India Limited (A…

Kingston has announced the appointment of RPTech Care Center, a service division of Rashi Peripherals,…