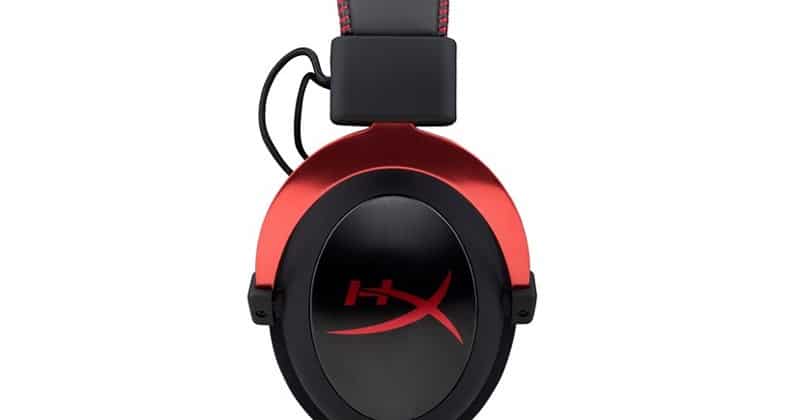 HyperX, a division of Kingston Technology Company, Inc.,  announced today, that it has surpassed the 1-million sales mark, for its award-winning line of Gaming Headsets. HyperX achieved the remarkable feat in two years, with its first Gaming Headset launch in April 2014. With its successful score worldwide, HyperX Gaming Headsets are now available in over 10,000 stores spread across 80 countries & six continents.

In the two years since the original Cloud was launched, HyperX has expanded its headset offerings to over 10 products, with few more anticipated later this year. Over the last 2 years, HyperX Cloud range of headsets has bagged several prestigious awards including the ‘editor’s choice’ and ‘best gaming headset’ accolades. It has also established a stronger foothold, being one of the most preferred gaming headset for several eSports championships around the world.

“Since the launch of our first gaming headset in 2014, we’ve continually evolved our design and approach to become an industry standard for quality and sound that gamers now expect,” said Ann Bai, Sales Director, APAC Region, HyperX. “As competitive and casual gaming continues to gain popularity across PCs, console and even mobile platforms, we thrive in the challenge to further advance our headsets to new levels of user comfort and sound engagement. We are excited to have reached the 1-million sales milestone in such a short amount of time, and we’re just getting started.”

In June, the company began shipping HyperX CloudX, the company’s first official licensed headset for Xbox® One. It was quickly followed up with an announcement for HyperX CloudX Revolver Gears of War, shipping this September, in conjunction with the highly anticipated Gears of War 4 debuting this fall.

HyperX is the high-performance product division of Kingston Technology encompassing high-speed DDR4 and DDR3 memory, SSDs, USB Flash drives, headsets and mouse pads. Targeted at gamers, overclockers and enthusiasts, HyperX is known throughout the world for quality, performance and innovation. HyperX is committed to eSports as it sponsors over 30 teams globally and is the main sponsor of Intel Extreme Masters. HyperX can be found at many shows including Brasil Game Show, China Joy, DreamHack, ESL One and PAX.

Kingston has announced the appointment of RPTech Care Center, a service division of Rashi Peripherals,…

HyperX, a division of Kingston Technology, announces its association with ESL India Premiership 2016, as…

HyperX, a division of Kingston Technology Company Inc., announced the launch of its Cloud Revolver,…