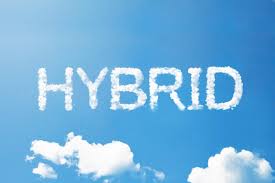 A Microsoft-Zinnov study has revealed that the Hybrid Cloud market in India is fast becoming a new standard for delivery of digital transformation. With the substantial cost as well as organizational benefits, Indian enterprises are increasingly intensifying their reliance on a hybrid cloud setup.

The report observed that hybrid cloud deployment at a steady rate could result in cost savings of anywhere between 5% and 30% for an enterprise (depending on the growth of virtual machines in an enterprise’s data centre and a proportion of workloads moving from private data centre to public cloud infrastructure), based on the output of its proprietary cost modeller. As per the modeller, the hybrid cloud solution offered by Microsoft Azure is the most economical.

As per the survey conducted as part of this study, over 40 percent of enterprises have planned or are planning to build a hybrid cloud infrastructure or transform their existing IT infrastructure. The primary reasons cited for adopting hybrid cloud solutions include, lowering total cost of ownership (54 percent), facilitating innovation (42 percent), enhancing operational efficiencies (42 percent), and enabling companies to respond to and meet customer expectations more readily (40 percent).

Highlighting the need for hybrid cloud, Meetul Patel, General Manager, Marketing & Operations, Microsoft said, “Many organizations have existing investments in IT infrastructure and business-specific needs to keep parts of it on their own premises. At the same time, the cloud presents an incredible opportunity to improve RoI, develop innovative solutions, and respond rapidly to changing business demands. The hybrid model is a ‘best of all worlds’ option that allows customers to benefit from the cloud on their own terms”.

According to Pari Natarajan, CEO, Zinnov, “Hybrid cloud is becoming the preferred deployment model across sectors. Industries where the impact of digital transformation is the highest are the ones that are adopting hybrid cloud at an accelerated pace. However, enterprises need to select a hybrid cloud provider that can provide them with the right migration tools to enable seamless relocation of existing services – between dedicated private cloud and public cloud infrastructures – without lengthy or unplanned disruption to live service.”

According to the report, adopting a hybrid cloud model requires transformational change in the way companies interact with their IT and business. There is a need to enable employees with competence in contract management, as hybrid cloud deployment models involve interaction with third party cloud providers. Members within the organization need to be skilled to handle any exigency involving the cloud service provider. Therefore, training is needed to facilitate employees within the organization to familiarize themselves with the new business processes and governance structures, said the study.

The growth of the cloud industry has been spurred by the funding and investments in cloud tech startups, which have increased exponentially. In 2016, the cloud market saw an estimated 370+ deals with the average investments growing at CAGR 15% between 2012-2016. The hybrid cloud deals accounted for 45-50% of the total cloud deals that happened from 2012 to 2016, and these primarily focused on storage, automation as well as hybrid cloud management solutions.

Rapid growth in internet adoption – fueled by government initiatives like demonetization and GST, growth of mobile data (the number of mobile developers is estimated to double from the current 300,000 by 2020), and digital transformation, led by the emergence of disruptive start-ups, especially in areas such as fintech, e-commerce, SaaS, are stated to be the key reasons for this development.