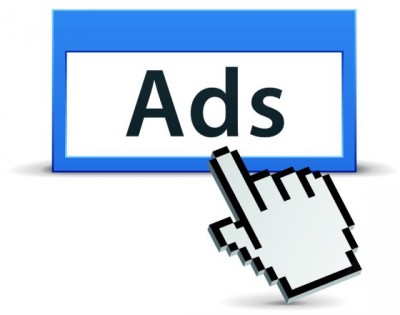 With digital advertising gaining ever increasing importance and billions of ad dollars being spent on the platform, advanced automated bots (or, ‘’humanoids’’, as they are now referred to) are raking billions of dollars doing ad-fraud.
Ad-Fraud refers to a deliberate attempt to serve ads that have no potential to be seen by a human. This means that the advertising impressions are not shown to a real human but instead automated programs generate fraud bot traffic to consume these ad impressions leading to an absolute waste of advertiser budgets. The latest stats suggest more than 6 billion US dollars were wasted in 2014 on serving ads to these non-human audience and it is further growing at an alarming rate of 22% year on year.
These sophisticated piece of codes, commonly referred to as bots are becoming highly advanced and are now capable of imitating the actual browsing behavior of humans, hence becoming increasingly difficult to trace. Gone are the days when there used to be a bunch of geeks sitting somewhere in a dingy room trying to generate traffic to earn a few thousand dollars. Ad-Fraud now can be considered as a highly organized parallel digital economy. They operate bot farms – a huge army of millions of innocent humans across the world whose computers have been injected by malware and they work as pseudo agents for these cyber criminals helping them earn billions of dollars. Further, this bot traffic is sold and bought online similar to a commodity on an exchange.
Ad-fraud is not just restricted to display banners. These scammers follow the trend and ad-budgets. Display banners used to be the focus but with higher budgets being shifted to videos and mobile, they are following the trend. As per the latest trends, Bots account for 11 percent of display ad views and 23 percent of video ads. Moving on, now these fraudsters have inherited the much talked about “Mobile First” strategy for themselves as well.
Another point worth noting is that ad fraud is not restricted to any specific publisher or network. It is prevalent across category of publishers and across all networks, though programmatically bought ad impressions show higher percentage of bot traffic than individual publishers. A latest research conducted by Oxford BioChronometrics suggests numbers which are mind boggling. If they are to be believed, the %age of clicks generated by ad-bots ranges from 88% to 98% in premium networks like Google, Facebook, Yahoo and Linkedin.
These numbers are hard to believe but whatever may be the case, ad-fraud for sure is taking massive proportions. This is a point of big worry for the advertisers who are now realizing how serious its effect is on their ROI.  “If we are paying any [cost-per-thousand rate] for an impression, it should be an impression. Imagine you buy a dozen donuts, and you open the box and there’s one donut. I want to understand what I am getting for the money.” Says Amaya Garbayo, associate director insights and planning at Kellogg Co.
A long list of marketers such as Procter & Gamble, Coca-Cola and Mondelez International are reviewing their media buying business as they look to cut costs and find agencies well versed in the latest digital techniques to address ad-fraud.
With such a grave problem becoming increasingly more intense, young ad-tech companies focused on fighting digital ad-fraud have come into existence. They have developed robust tech platforms – a combination of multiple methodologies, algorithms, browsing behaviors, data mining and analytics – both definitive and statistical, to act as a safeguard against these humanoids. Advertisers can use their services to significantly reduce the risk of their monies being wasted in ad-fraud.
These latest technologies are a boon not only for the advertisers but for the entire digital ecosystem. They also help the publishers reduce their exposure to these malicious bots leading to hefty savings on their precious tech infrastructure, safeguarding their content and providing a much better experience to the end user.
At the same time, these tech platforms also help the innocent users whose computers have been infected with these bot malwares, help them recover their machines to run on their optimal power and save on the bandwidth costs that is consumed by these bots to access hundreds of websites in the background.
What we need to understand is that this is not an easy problem to address and there is no such platform who can claim that they can filter bot traffic with 100% success. It is a continuous and ever evolving fight between the good and the bad with both the parties trying to stay ahead of each other.To be able to make these cyber gatekeepers much more effective, there needs to be much more transparency and all the related parties – publishers, advertisers, media agencies and the ad-tech companies need to work closely with each other to handle this threat.

Posted by: DQINDIA Online
View more posts
Tags:Cyber Gatekeepers, Digital Ad Budgets, Fight against sophisticated bots
Humanoids having a moolah guzzling away digital Ad budgets 0 out of 5 based on 0 ratings. 0 user reviews.
Government of Haryana ties up with Vodafone M-Pesa to ensure timely and transparent digital transfer of monthly disbursement to pensioners
Dataquest Roundtable on FDI Policy in B2C E-Commerce