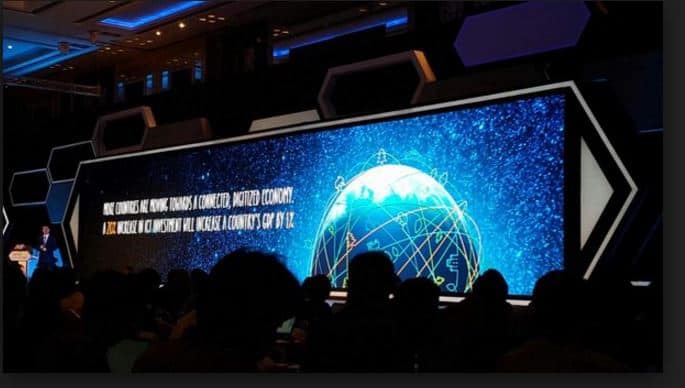 The NB-IoT Solution will be available in September 2016. Huawei plans to conduct a large commercial trial in the fourth quarter of this year and release the solution for large-scale commercial use in late December of 2016.

The end-to-end NB-IoT Solution includes: Smart Device Solution enabled by Huawei LiteOS and NB-IoT Chipset; eNodeB base stations that can smoothly evolve to NB-IoT; the IoT Packet Core that supports flexible deployment of Core in a Box and network functions virtualization (NFV); and a cloud-based IoT Connection Management Platform with big data capabilities. This solution is designed to meet operators’ requirements for IoT services with low-power and wide-area (LPWA) coverage. Developed based on 3GPP standards, the solution underpins flexible networking under various industry and use scenarios. In addition, the solution’s devices and platform can be made easily accessible to NB-IoT device and application partners, which makes it possible to rapidly achieve business innovation and scenario-based customization.

“The number of cellular IoT connections worldwide will grow seven-fold over the next three to four years. NB-IoT will be a key driver for this trend – it will also be one of the key untapped markets for operators,” said Jiang Wangcheng, Vice President of the Marketing & Solutions Department under Huawei’s Products and Solutions division. “In 2015, Huawei launched the ‘1+2+1′ IoT ICT Strategy. As commercial deployment draws near, our end-to-end NB-IoT Solution will be part of our core IoT strategy and drive the commercialization of IoT applications. Apart from that, we are also building up a robust ecosystem where we aim to explore new business areas together with our carrier customers and partners. At Huawei, we are very confident and fully ready to enter a new era of IoT commercialization.”

· Opens up and enables industry-specific applications to maximize the value of connectivity: With IoT agent, the cloud-based IoT Connection Management Platform enables open connection management, open big data capabilities, and open innovation for industry-specific applications. These functions can support faster adoption of NB-IoT across industries, and maximize the value of connectivity for operators and industry customers.

In addition to pursuing technological innovation and developing leading solutions, Huawei has proactively built a strong NB-IoT ecosystem as part of its goal to drive a thriving IoT industry. So far, Huawei has helped operators build NB-IoT open labs to accelerate the development of smart NB-IoT devices and applications. In the third quarter of 2016, Huawei will launch SoftRadio, a software suite that allows developers to access NB-IoT labs via the Internet for remote innovation and commissioning. Huawei will also release an IoT open lab whitepaper to provide detailed guidance and support for developers to access and use the open labs.

Huawei has also made significant progress in IoT business development. Before the NB-IoT standards have been finalized, Huawei has worked with global partners to conduct pre-standard service and application testing to better meet customer needs, catalyze industry innovation, and optimize technical solutions. Just within the first half of 2016, Huawei has completed multiple joint projects with customers. For example, Huawei has worked with Etisalat to test smart parking services and applications; joined forces with South East Water (Australia) and Australian operators (VHA and Optus) to initiate a testing on an NB-IoT smart water management system; and signed a strategic partnership agreement with China Telecom and Shenzhen Water Group to make smart water management a reality.

During the MWC Shanghai, Huawei’s IoT exhibition booth will demonstrate the end-to-end NB-IoT Solution, including its technical details, use scenarios, and commercialization plan.