HPE Hyper Converged Operating Environment software update leverages composable technologies to deliver new capabilities to the HPE Hyper Converged 380, including new workspace controls that allow IT managers to compose and recompose virtualized resources for different lines of business, making it easier and more efficient for IT to act as an internal service provider to their organization. 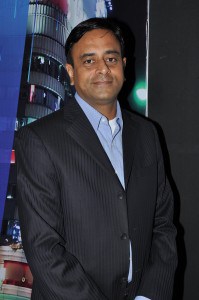 Vikram K, Director, Datacenter and Hybrid Cloud, Hewlett Packard Enterprise India, said, “Customers’ business needs can change quite rapidly, and they need an infrastructure platform that can support that rapid change. With HPE Synergy, we delivered a new class of infrastructure providing the speed, efficiency and flexibility of the public cloud on-premises, so that IT can focus on being an internal service provider instead of maintaining infrastructure. Now, we are extending composable infrastructure to our cloud and hyper-converged offerings, making hybrid IT simple for customers.”

HPE Synergy with HPE Helion CloudSystem 10 gives organizations the ability to operate a single IT environment on-premise that supports both traditional applications and cloud-native applications. With HPE Helion CloudSystem 10, IT operators now have the ability to compose resources in minutes, making it easier for enterprises to migrate from traditional to hybrid IT. Through better management automation and improved infrastructure utilization customers can deliver more effective cloud services at lower cost.

“Most of our customers who have expressed interest to adopt HPE Synergy are those who need to break some of their larger monolithic applications in to micro services and launch multiple of these in a cloud environment. Media, communications, service provider, and banks are some of the key sectors which are expected to benefit from the offerings of this composable infrastructure,” added Vikram.

Meanwhile, HPE Synergy with HPE Helion CloudSystem 10 as well as update to the HPE Hyper Converged Operating Environment will be available in the first quarter of 2017.

According to the experts, there are several trends in cloud that the industry needs to…