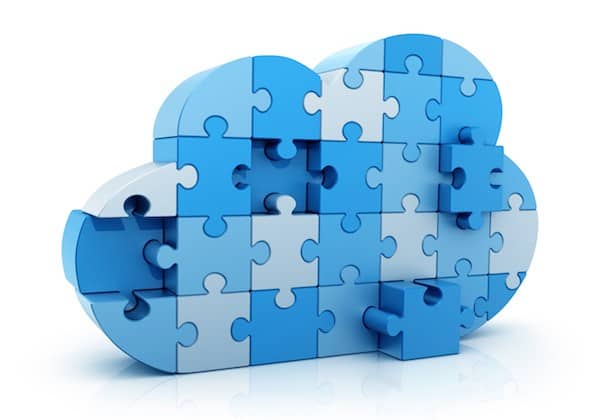 Hewlett Packard Enterprise has announced an expansion of its composable initiative with the addition of a new hybrid cloud offering and technology extensions to HPE hyper-converged systems. By extending HPE Synergy’s fully programmable infrastructure to HPE’s multi-cloud platform and through software enhancements to the HPE Hyper Converged 380, HPE is enabling IT operators to deliver software-defined infrastructure as quickly as customers’ businesses demand. The new solutions include:

HPE Synergy with HPE Helion CloudSystem 10 brings full composability across compute, storage and fabric to HPE’s OpenStack technology-based hybrid cloud platform to enable customers to run bare metal, virtualized, containerized and cloud-native applications on a single infrastructure and dynamically compose and recompose resources for unmatched agility and efficiency.
HPE Hyper Converged Operating Environment software update leverages composable technologies to deliver new capabilities to the HPE Hyper Converged 380, including new workspace controls that allow IT managers to compose and recompose virtualized resources for different lines of business, making it easier and more efficient for IT to act as an internal service provider to their organization.

“Customers’ business needs can change quite rapidly, and they need an infrastructure platform that can support that rapid change,” said Vikram K, Director, Datacenter and Hybrid Cloud, Hewlett Packard Enterprise India. “With HPE Synergy we delivered a new class of infrastructure providing the speed, efficiency and flexibility of the public cloud on-premises, so IT can focus on being an internal service provider instead of maintaining infrastructure. Now we’re extending composable infrastructure to our cloud and hyper-converged offerings, making hybrid IT simple for customers.”

Today’s enterprise developers are increasingly building new, cloud native applications using more agile microservices and containers. At the same time they are transforming traditional applications to “as-a-service” models, requiring an infrastructure that can support both operating environments. HPE Synergy delivers the industry’s first composable infrastructure platform, treating infrastructure as code, enabling developers to accelerate application delivery. HPE Synergy has nearly 100 early access customers that have successfully implemented it across a variety of industries, and is now broadly available for order in all regions.

“In order to meet the ever-changing needs of our mobile, television and broadband customers across Europe, our organization turned to HPE for help,” Colin Miles, VP Datacentre Technology, at Liberty Global said. “As a HPE Synergy early access customer, our team was able to quickly explore the innovative solution to help us deliver infrastructure as code, working towards giving us the cloud-like experience we were looking for in our datacentre.

HPE Synergy with HPE Helion CloudSystem 10 gives organizations the ability to operate a single IT environment on-premises that supports both traditional applications and cloud-native applications. With HPE Helion CloudSystem 10, IT operators now have the ability to compose resources in minutes, making it easier for enterprises to migrate from traditional to hybrid IT. Through better management automation and improved infrastructure utilization customers can deliver more effective cloud services at lower cost.

In addition, customers can take advantage of the broad ecosystem HPE has developed through the Composable Infrastructure Partner Program. This includes with partnerships based on tools like Chef, Docker, SaltStack and Puppet, as well as traditional partners like Microsoft, VMware, SUSE and Red Hat through integration with the HPE OneView API.

HPE Synergy with HPE Helion CloudSystem 10 will be available from HPE and channel and distribution partners in the first quarter of calendar year 2017.

The update introduces new multi-tenant workspaces that enable IT operators to quickly and easily compose and recompose virtualized environments instantly from a single resource pool. Now IT managers can provide for an individual’s or workgroup’s immediate use based on their unique needs and allowing line of business managers to more efficiently utilize resources available to them. The update also integrates analytics, providing IT managers with insights to ensure that required resources are available when needed and to predict future needs, so IT can add capacity before developers even know they need it.

As an internal service provider, IT can now provide an intuitive self- service portal, making it easier for lines of business to access the resources they need to develop and deploy their applications in their own virtualized environment at cloud speed.

The update will be available to HPE Hyper Converged 380 customers in the first quarter of calendar year 2017.