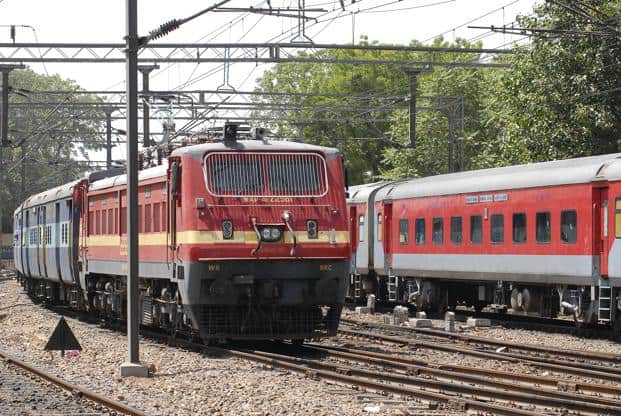 On November 26, 2015, Namrata Mahajan, tweeted to the official Railway Ministry handle, that she was terrified, as she was alone in a coach, and a male passenger was harassing her.

@namratamahajan1 We have informed. Somebody will attend to you soon.

@pra_shri80 @RailMinIndia yes sir exactly I am safe thanks for that immediate help sir.

In another case, Pankaj Jain, a businessman was traveling on train with his father, who has been paralyzed. The station which he had to alight only had a 3 minute stop, which was not enough for Pankaj to make his father alight comfortably. On suggestion from his friend, he tweeted to the railways Twitter handle, @RailMinIndia, asking if the train could wait for a longer time, and if he could get a wheelchair for his father. The Ministry again quickly replied asking for the passenger’s PNR details.

@DRMJodhpurNWR @GMNWRailway @RailMinIndia I m traveling with my dad who is a paralysis patient. Need an assistance. @dr_asr

@RailMinIndia @DRMJodhpurNWR @GMNWRailway @sureshpprabhu Thank you so much for all ur help provided to us today morning. Grt initiative.

To the passenger’s complete surprise, not only did the train wait for ten minutes at the station, the station master along with the staff was waiting at the platform to help Pankaj.

The reaction of Twitter users to the initiatives taken by the Indian Railways has been overwhelming. This was best expressed by Twitter user, Santosh V Karmath, as he tweeted, “This is #AccheDin where a common man is treated like a VIP”

Though the road to improvement is a long and gradual process, the Indian Railways has taken the help of technology to significantly improve its processes. For example, the South Central Railway is using surveillance cameras to monitor cleanliness at various stations. In another great initiative, any person who feels that his coach is not clean can send an SMS, such as ‘Clean <PNR Number>’ to 58888. This will summon the train cleaner to your seat.

The example of Indian Railways has shown how social media can be used by public service organizations to proactively ensure the safety and well being of their customers. Here is hoping that every public and private organization takes a cue and listens to customers more proactively!

Posted by: Srikanth R P
View more posts
Tags:Indian Railways, Social media
How the Indian Railways is using social media to help passengers in distress 5 out of 5 based on 1 ratings. 1 user reviews.
What makes these 7 workplaces the best to work
5 ways to improve your Data Center efficiency

3i Infotech Limited, the Information Technology company unveiled its latest service offering, ‘Conversational Banking’ at the…

If you have recently spent any time checking your mails, you would have noticed increase…