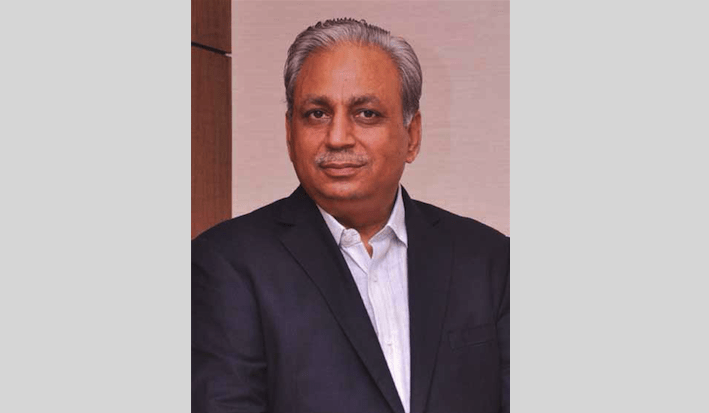 At Rank # 7 in the DQ  Top 20, 2015 Rankings, Tech Mahindra is one company that drove home the fine art of ‘seamless synergy’ and how to leverage  the inherent strengths. Overall FY 15 was good but its  Q4  numbers were impacted by unfavourable macroeconomic headwinds, but despite that, it had a fair run.

Fiscal 2014 saw Tech Mahindra seamlessly synergizing the competencies out of Mahindra Satyam, and in the bargain it became an end-to-end player with footprints across IT, BPO, and telecom. But as it marched through FY15, the growth toned down. While the company saw good traction in the first 9 months of FY15, things softened in Q4 and by the end of March 2015, the company signed out with a reasonable 20% growth—far ahead of most of its competitors.

Let’s take a closer look at Q4 2015, for this quarter the company posted a revenue of `6,117 crore. Vineet Nayyar, the company’s Vice Chairman accepted during the earnings call that Q4 has been soft with the results being influenced by slow decision making with some of its key customers in terms of transformative initiatives. Clearly, the slowdown in the macro-economic conditions has had an impact not only on Tech Mahindra but across the industry. That said, going by the posted Q4 revenues, statistically the company grew its revenues by 6.4% QoQ and its only the organic business that has shown a small degrowth. 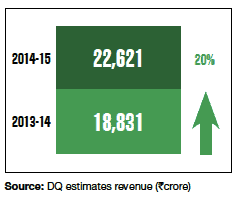 But Q4 dip also has some company specific reasons as well. For instance, the company’s salary hikes come in this quarter, this is not the case with other IT companies by and large. That apart, Tech Mahindra has an aggressive play in Europe, Canada, Australia, and New Zealand. And looking at FY15, these are the regions which went through a volatile currency fluctuations and saw a huge fall in the currency value.

So clearly, these two major events slowed down the company’s run in Q4. In a significant development in Q4 FY15, the company acquired SOFGEN, a niche consulting and services company with worldwide presence specializing in private/wealth, commercial and retail banking solutions. SOFGEN has 450+ employees with 20+ tier-1 client relationships, delivering solutions ‘in and around’ core banking. With this acquisition, Tech Mahindra gained competencies and capabilities  to offer a unique combination of ‘change the bank and run the bank’ services to retail banking, private banking, and wealth management customers globally.

Yet another significant buy in Q3 of the fiscal relates to the company signing a definitive agreement to acquire global network services leader Lightbridge Communications Corporation  (LCC). Through this acquisition,

Tech Mahindra has transformed into one of the largest and most comprehensive providers of technology services to  communications Service Providers (CSP). If we look at other business highlights, Tech Mahindra and IBM entered into a strategic agreement to build a platform for the development of cloud-based applications. This collaboration will see the company building cloud-native and cloud enabled applications with a scalable model to develop applications for predictive analytics for clients in the automotive and manufacturing industry.

As we look beyond the numbers,  over the years the company deepened its partnerships with its key customers. The company’s  ctive client base grew to 767, out of these 87 clients have come through LCC and  SOFGEN. The company also signed a few large deals in the enterprise space.

Despite the headwinds in the later part of the fiscal what has helped Tech Mahindra was its strategic inorganic investments that’s helping it face the adverse economic conditions and delayed decision making cycles and slower IT spend. The company is also pursuing its aggressive focus on productization for linear growth, and  at the same time wants to create an environment for IP development and leveraging maximum value out of its customer relationships.

Looking ahead, the company is expected to go ahead with its multipronged strategy aimed at improving the overall utilization rates and further synergize its inorganic assets and ramp up its competencies

Posted by: Shrikanth G
View more posts
Tags:DQ top 20 2015, Tech Mahindra
How Tech Mahindra navigated through the headwinds in FY 15? 0 out of 5 based on 0 ratings. 0 user reviews.
How Beacon technology can be used to solve real business problems
Why are employees in the information technology sector unhappy?