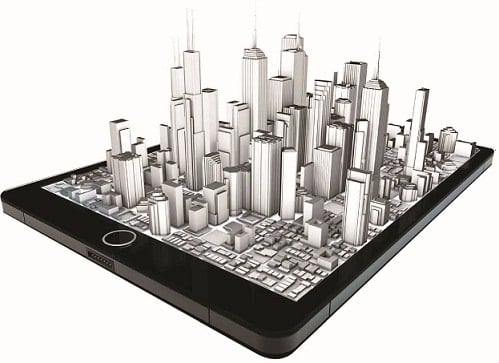 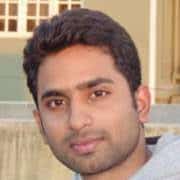 In India, the urban population is currently 31% of the total population and it contributes over 60% of India’s GDP and this is expected to grow to nearly 75% of the national GDP in the next 15 years. The number of people living in Indian cities will touch 843 million by 2050. This kind of sharp growth is referred as “mass urbanization”. It has happened before only in China. Such rapid urbanization and growing pressure on limited floor space index across urban regions in India is leading to the increasing need for the Government to explore smarter ways to manage complexities, increase efficiency, improve the quality of life, and reduce overhead expenses.

The current government in India spearheaded by the Prime Minister, Narendra Modi, has announced its plan to set up 100 smart cities across the country. This opens up a huge opportunity in each aspect of smart city planning, project execution and management. The most recent development around Indian smart cities space was announced on June 25, 2015. The Union Cabinet chaired by the Narendra Modi approved central government spending of about $15.3 billion on urban development and officially launched two new urban missions – Smart Cities Mission and Atal Mission for Rejuvenation and Urban Transformation (AMRUT) – which will be executed over the next five years. While the 100 Smart Cities Mission will get an outlay of $7.5 billion, the AMRUT mission for 500 cities will receive $7.8 billion over the next five years. The premise behind AMRUT is to lay a strong foundation to enable cities and towns to eventually grow into smart cities.

Building a smart city
A smart city could take between 8 to 10 years to build from scratch, while it takes even more time – between 13 to 15 years – to turn an existing city into a smart city as it involves replacing the existing legacy infrastructure with smart ones. The authorities need to be aware of the latest relevant technologies, which have to be custom and used effectively taking into account the topography, location and natural resources of the area.

Some of the key challenges that governments/businesses in India will face while implementing their smart city strategies include replacing existing city infrastructure to make it “Smart City-Ready”, need for effective approval of projects in a timely manner, meeting the monetary requirements, dealing with a multi-vendor environment, need for an efficient capacity and resource set to build smart cities, dependability on utility services, and the need for an increasing and effective adoption of ICT. In addition, funding remains a key challenge to implement the vision of smart cities as it has been broadly architected. Furthermore, this domain will require policy and regulatory synchronization between many different governing bodies thus only increasing the execution complexities.

However, along with the many stakeholders involved, each smart city project is also driven by a variety of factors. Powerful forces are converging to make smart cities a growing trend in India. It is valuable for city administrators to understand the factors behind this momentum and how it will play out in their region. Some of the key factors that are driving the governments/businesses in India to invest in smart cities include rapid urbanization rate in India, ageing infrastructure, need for improved quality of life in a city environment, drive to achieve competitive advantage and improve economy, and increasing adoption of advanced technology solutions.

The disbursement of sufficient funding for smart cities will not just push the border of urbanization in India but also create a new set of markets for technology companies across a range of industries. There is an estimation that a minimum of $315 million will outlay into the technology sector with this initiative, providing a great potential for technology businesses in this growing market. This in turn would open up the entry opportunity for companies across the globe with a market in India and provide them with a platform to export their services. With respect to verticals, the government needs to take a lead in removing barriers to innovation and facilitating collaboration between multiple diverse sectors. This has already begun to happen in the Assisted Living and Transport verticals, but more needs to be done.

Out of the different segments of smart cities, Smart Energy is the fastest growing market segment and will be driven by the large scale adoption of smart grids and intelligent energy solutions. However, overall investments in these areas of smart cities will bring various benefits to the government and businesses in India. Smart solutions across the verticals optimise resources through better information on where resources are being consumed. This information enables better monitoring and management on the part of the utility, and also enables consumers to make more informed use of resources, and lower their consumption.

Bangalore scores high on smart city parameters
Among the various smart cities planned in India, Bangalore can stand to draw huge investments as it is ambitiously widespread to include transportation, water supply, power supply, sanitation and housing for poor, waste management, among others. It has also received a major investment boost recently with Cisco aiming to soon turn the Electronics City in south Bangalore into a smart city, and develop Asia’s first Internet of Things innovation hub in collaboration with Electronics City Industries Association (ELCIA) under the public-private participation model. However, it becomes necessary to have an effective infrastructure development framework in place to execute a city-wide project successfully.

Though, Bangalore definitely scores well on the basic smart city characteristics like smart economy and smart people, but the city has to rapidly make amendments to fulfill the criteria of other factors such as traffic management, parking management, waste management, water management and energy management.

Overall, cities are not only set to become dominant hubs for a strong Indian economy, but also the global economy itself. The sheer economic scale of these mega cities in India will result in them wielding an economy and investment on par with that of other countries. Each city will become an individual force, showing uniqueness in its infrastructural demand offering cross-sectorial, micro implications and opportunities in mobility, healthcare, logistics, smart products, security and retail sectors. In turn, companies will alter their product portfolios and in-house services to target cities and their residents as the new customer. The city infrastructure market will also develop into a new industry offering various new white space marketing opportunities, highly customized and innovative city solutions and new urban business models.