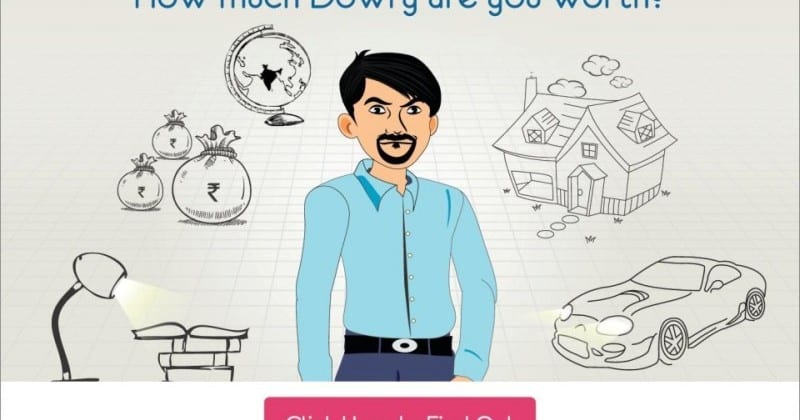 In the last week of April 2015, Shaadi.com, a matrimonial site that most Indians know, tweeted a strange line, ‘Want to know how much dowry are you worth. Click here to find out’. 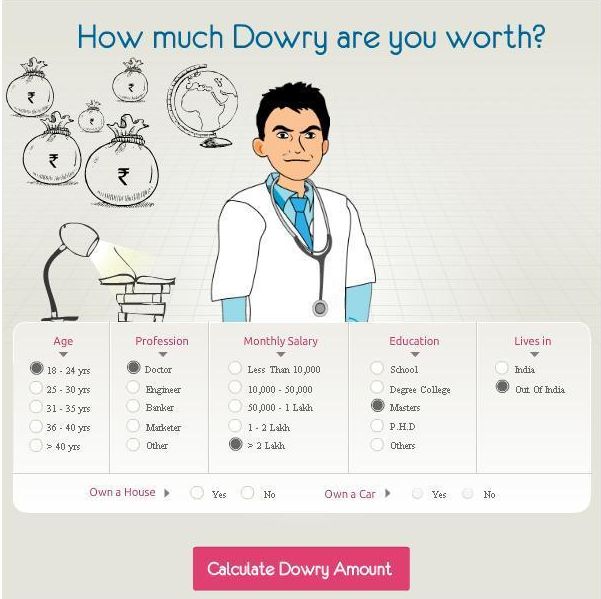 If someone clicked on the link, they would be taken to a live counting machine that started counting their ‘worth’. The machine stopped at a number, ‘91202’ with a grim but powerful message, ‘India has witnessed ‘91202’ deaths between 2001 and 2012‘. It then asks the viewer, ‘Do you still want to know?’ 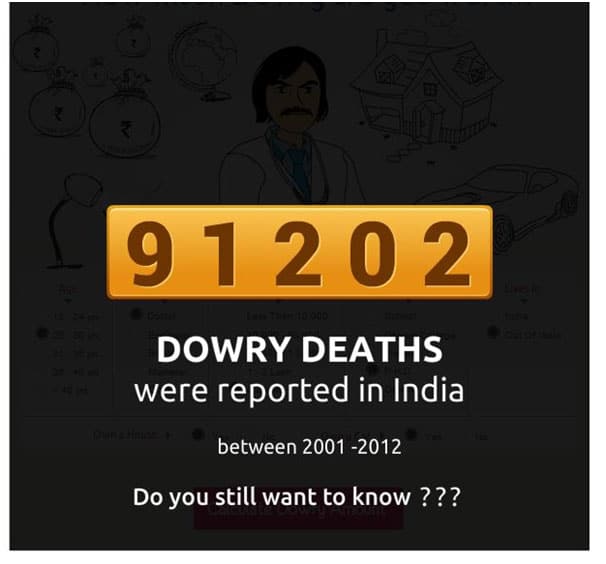 By sarcastically taunting people with its simple and powerful message about the ill effects of dowry – Shaadi.com has cleverly managed to convey the right message.

When this campaign initially began, tweeters were aghast that a well known brand such as Shaadi.com was openly promoting dowry. However, when the real intention of the campaign was known to people, a huge number of tweeters applauded Shaadi.com on the unique approach taken.

This campaign is specifically relevant in India, as one woman dies every four hours due to dowry. Dowry accounts for 32.4% of crimes against women and 5 women commit suicide every day due to dowry disputes.

This is not the first time that Shaadi.com has taken the gamification approach. In 2012, Shaadi.com launched a social game ‘Angry Brides’ which effectively helped generate awareness on the evils of dowry. Through this campaign, Shaadi.com received overwhelming support from over 600,000 people and leading media across 35 countries. To play the game and take a stand against Dowry, users were required to be logged into their Facebook accounts. Gameplay involved grooms with a heavy dowry price tag. The players had to strike the dodging grooms with a weapon of their choice. Each hit decreased the price of the groom and added money to the player’s Anti-Dowry fund.

We have seen apps and games launched by Indian organizations to sensitize us about various social issues. But the approach Shaadi.com has taken to sensitize Indian society about a vital issue is extremely innovative, and hopefully will succeed in changing mindsets that is still shockingly prevalent in most parts of India.

Check out the Dowry Calculator here