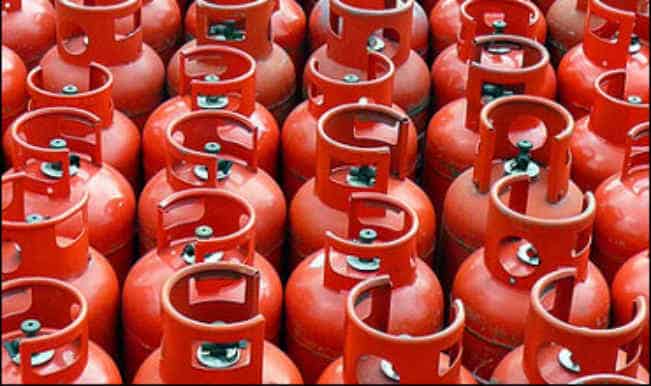 India’s eGovernance or Digital India program has been aimed at benefiting citizens directly and, that too, in a transparent manner. In order to achieve transparency for various subsidies, the government began the Direct Benefit Transfer of LPG (DBTL) scheme. The scheme was aimed at bridging the leakages in the system. Under this, the consumers are paid LPG subsidy directly into their accounts. This is a vital step in the overall eGovernance drive that wants to establish direct connect between the government and the citizens.

In order to make this successful, the government began a drive to link the citizens’ bank accounts with their LPG connection. In this drive, a consortium of the three largest state-owned oil marketing companies in India were involved.

DIRECT SUBSIDY VIA AADHAR
Since it was not simple to link all user accounts with their LPG connections, the government asked LPG companies to carry out the drive in association with Aadhar. To avail this benefit, consumers had to enroll themselves for Aadhar and link it with their respective LPG and bank account number. Since this was a newly launched government scheme, there was a lot of confusion, queries, and complaints from the general public with regards to the scheme and how to get themselves registered for the subsidy benefits. Therefore, the oil marketing companies involved in the distribution of LPG across the country decided to set up a single point consumer support helpline across the country for serving their consumers and helping them with all their queries and complaints about the
DBTL scheme. Among many things, the scheme required investments into IT so that the consumer data is linked to the accounts in real-time and in a transparent manner. The companies had to invest in IT and had to involve technology partners.

SETTING UP TECH-AIDED CONSUMER CARE CENTER
One of the companies which worked on the project is Cyfuture, which is a mid-range IT company having extensive experience in executing government projects in several states. Cyfuture helped the OMCs to set up a pan-India customer care center for its millions of consumers across India. “Cyfuture executed the DBTL project with OMCs and set up the consumer care center. As consumers were going through a lot of confusion and ambiguity, it was important that they could get clear information on the scheme. The customer centers helped them a lot,” said Anuj Bairathi, CEO, Cyfuture.

Five regional customer care centers one each for north, east, and west and two for southern India with a total strength of 400 plus customer care executives were established. Each of these centers was staffed with local language specialists, in addition to English and Hindi, to remove language barriers and provide personalized services to citizens across various regions of the country. Each of these regional centers had six number of Primary Rate Interface (PRI) lines, which ensured that all the emergency situations were handled promptly and minimum number of calls went on call waiting. The interactive voice response system based call handling service made sure that all the callers got appropriate guidelines and were directed to the right agents in relation to their query.

POWERED BY CALL CENTER SOFTWARE
The five customer care centers helped the companies to link people to the DBTL in a smooth manner. Cyfuture developed and implemented a web-enabled call center software to integrate consumer queries for each OMC with their respective in-house software. These helped in keeping a track of the number of queries received and resolved for each OMC on a regular basis and also create necessary MIS reports for compliance. The contact center services provided by Cyfuture helped the consortium of clients in seamless implementation of the DBTL scheme, reduced the number of consumer complaints, and deliver better services to citizens.

At present, most of the LPG connections are linked to this scheme. Consumers are receiving the LPG subsidy directly into their bank accounts. This is saving a lot of
money for the government. Prime Minister Narendra Modi also began the popular #GIVTITUP campaign after the successful execution of DBTL. Millions of people are giving
up subsidy on their LPG connections in India.

Earlier a lot of subsided cylinders used to be sold in the commercial market. The success of this scheme has ensured that the government can possibly replicate this model to other government schemes.