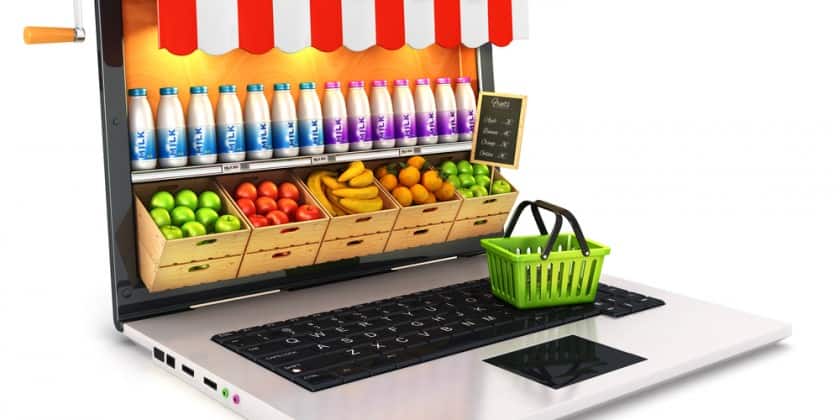 India’s eCommerce industry, valued at $17 bn and growing at a CAGR of 35%, is one of the fastest growing eCommerce markets in the world. A recent report by IAMAI and IMRB International says that the eCommerce industry in India reached a value of $13.5 bn in 2014. While another report by UBS indicates that the e-tailing market in India will grow 10 times by 2020 to $50 bn.

The sector has attracted many investors including the top global firms and industry leaders. The competition has become more dynamic and it’s time for the companies to gear up. Technology, being the only way these etailing companies can differentiate themselves, has got a huge push in terms of investments. With consumers demanding seamless and customized experiences across channels, eCommerce companies are investing in technologies to differentiate themselves. Mobility, big data, and analytics are the hottest trends that will help them not only sustain but also grow.

Consequently, the IT spend has been consistently increasing with enhanced focus on innovation in newer technologies and constant updation of technological infrastructure. Furthermore, eCommerce firms have been using online channels for sales and distribution which has automated many of the time-consuming and expensive aspects of procurement which has further led to increased IT spend.

So, the market for eCommerce technology is very hot with companies extensively using newer technologies to drive competitiveness and redefine shopping experience.

It is one of the first sectors which started using SMAC to build smarter operations and a better supply network. And in the journey towards digital business transformation,
embedding SMAC technologies in the business becomes key.

SMAC: TAKING THE LEAD
Cloud: Cloud computing is an important enabler and empowers eCommerce companies in ensuring personalized consumer engagement and also in executing effective and near real-time marketing campaigns. Supam Maheshwari, Co-founder & CEO, FirstCry.com in an interview with Dataquest said, “With cloud, the speed at which our business can deploy servers has zoomed up 60x. Server deployment on cloud happens in three minutes as against three hours on physical hosting.”

Cloud is also game changing for the eCommerce sector as it allows the firms to spin up and decrease servers virtually on cloud as per demand. This helps eCommerce firms address their key pain point of downtime on big traffic days, despite massive preparations.

For instance, Flipkart’s ‘The Big Billion Day’ sale in October last year overburdened its servers within two hours of the sale opening. The giant had laid more than 2,000 systems, 3,500 scanners, 1,200 printers, 300 routers, 300 firewalls, and 300 switches with an aim to make the sale a mega success. But despite all the preparations, the site crumbled as the volume of traffic was much higher than expected.

These unpredictable demand spikes can be handled by adopting cloud computing as auto scaling on the cloud allows eCommerce firms to scale resources in accordance with the load on server, which not only ensures
highest utilization of resources but also lower TCO.

Piyush Somani, MD & CEO, ESDS puts this in context, “Auto scaling in the cloud can help eCommerce firms achieve the fine balance between provisioning too little (leading to possible outages) and provisioning too much (under-utilization of resources and risk of wasting money).

The cloud makes it possible for eCommerce players to scale up the infrastructure according to the volume of traffic. This flexibility can help eCommerce firms cut down infrastructure costs and improve site availability by a huge margin, leading to better customer satisfaction, which in turn can lead to better revenues and profits.”

Resonating the same thought, Somenath Nag, Director, ISV and Enterprise Solutions, Alten Calsoft Labs adds that the cloud gives the on-demand scale and reduces the upfront investment, otherwise one has to set up a huge server farm, resulting in huge capex.

Analytics: Analytics is changing the face of eCommerce by making inroads into every aspect of business whether it is inventory management or pricing. Predictive analytics becomes significantly important in order to improve customer acquisition for the eCommerce industry. Experts believe that a data-driven eCommerce strategy is the future which will result in a leaner, shrewder, and more thoughtful business approach.

The companies are collecting data through various touch points and then process this information to carry out customer segmentation and then push out personalized content and promotions. Biggies like Snapdeal’s 40% of the orders get influenced by the big data platforms they use.

Sundeep Malhotra, Founder and CEO of HomeShop18, in an earlier interview with Dataquest said, “BI tools have a big role to play in all our operational and planning needs. The deployment of analytics tools has increased our conversion rate by 30-40%.” Another travel eCommerce giant Goibibo’s CTO Vikalp Sahni said, “From the sales perspective, 25-30% of the overall transactions today are getting influenced by the big data platforms.”

As the competition in the eCommerce industry intensifies, there is cut-throat competition among companies to acquire more customers and harnessing a data-driven approach is no more an option but a business necessity.

Mobility: With mobile penetration in India increasing, eCommerce companies too have seen a sharp growth in transactions using mobile platforms. As per market reports, Snapdeal saw mobile transactions rise from 30% in 2013 to 50% in 2014. Riding high on the mobility wave, fashion retail portal Myntra went app-only in May this year. According to the company, 95% of its Internet traffic comes through mobile and 70% sales are generated through smartphones. So even if desktop users abandon the website, there is not much at stake. Another giant Flipkart has also made the bold move and will operate only through a mobile app from September this year. Marketers are viewing it as a potentially game changing strategy.

Research studies also reveal that the percentage of users using social network and how much they rely on these platforms before making an online purchase are both on the rise. If reports are to be believed, 56% of consumers research a brand on Facebook before purchasing while 71% said they go online first whenever they have a problem with a product while 90% of consumers regularly research products online before buying.

Popular eCommerce site Yebhi.com, in a previous interaction, informed that 6-8% of their overall revenue is attributed to social networking and the company is spending 30-40% of its digital marketing budget only on Facebook.

Prashant Malik, Co-founder and Chief Technology Officer, LimeRoad.com also mentioned in one his earlier interviews that social is an important part of the company’s strategy. “Social commerce is a part of our eCommerce. And 90% of our traffic comes from Facebook direct channels, and organic searches for our brand on Google,” he said.

Thrust on social can be seen across eCommerce firms. For example, apparel site AmericanSwan.com spends 5% of its budget in the form of Facebook ads while travel site OverallTravel.com shells out close to `1.5 lakh for its social media marketing.

Nag of Alten Calsoft Labs quips, “To run a successful eCommerce business, one cannot leave any of these above mentioned technologies (SMAC). And analytics is going to be a game changer. eCommerce companies need to have a very strong ERP and finance system in the backend.”

THE WAY AHEAD
Sandeep Ladda, India Technology leader, PwC India believes, “Mobile computing has the potential to grow significantly in the coming years in both forms-factor and functionality. Smartphones and tablets will make room for other shapes of mobile-based products like wearables, Google Glass, Pebble smartwatches, or even automobilebased mobile computing.”

With personalization becoming a big business amongst eCommerce players, so is wearable tech. And within the next couple of years, the adoption is likely to increase dramatically. 3D printing is another technology which will bring significant changes in the eCommerce landscape.

Recently, Amazon announced its new 3D printing store which features items made on 3D printers. With India being a focus area, Amazon is likely to invest and bring in newer technologies. Another game changing technology would be cognitive computing which is also expected to transform the whole shopping experience.

Nishant Kalra, Business Leader, IBM Commerce, says, “In relation to cognitive computing, IBM has already done a pilot with The North Face in US and it’s all about machine learning. It is like having the best shopping assistant online.” For instance, if you go to The North Face website and say, “I am going for a 14 day trip to Ladakh, what equipment do I need?’ So, the cognitive computing platform will come up with the best recommendation to tell you about the temperature details and accordingly suggest what all do you need. So, it acts like an expert. These kinds of technologies will shape the eCommerce landscape, going ahead.