The OpenPOWER foundation was founded in 2013 by IBM, Google, Nvidia, Mellanox and Tyan as an open technical membership organisation to enable data centers to rethink their approach to technology. Member companies are enabled to customize POWER processors and system platforms for optimization and innovation for their business needs. The OpenPOWER consortium now has 300+ members across 24 countries and has 60+ technologies revealed and 100+ Innovations underway.

OpenPOWER Foundation facilitates collaboration, optimization and open innovation around the entire set of System Technologies – from Processor and I/O Devices to Accelerators (FPGA / GPU) and Open Source System Software like Linux and Firmware.

On the relevance on UNIX 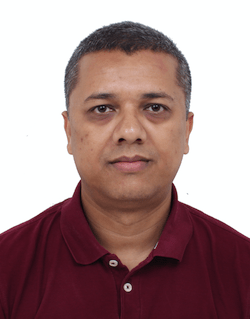 Dipankar: It is considerably relevant. We do have considerable number of enterprises using UNIX for mission critical workloads where you have traditional data and the need for high reliability. In this backdrop, UNIX does play a key role. From an IBM standpoint, we have taken the traditional capabilities of our Power processors and applied it to data centric newer demand workloads. Moreover, UNIX is part of IBM’s DNA and we are evolving to the new normal by expanding its scope via OpenPOWER.

Anand: While I agree that the UNIX market has shown a downward trend, it is still a multi-million dollar market that we are not walking away from. There are numerous mission critical enterprise applications which run predominantly on UNIX. If you look at the positioning IBM with AIX we are  a dominant player, with more than 50% of the market share. Over the last three years we have repositioned our ‘Power’ strategy and one key component is OpenPOWER.

IBM today is seen as a cognitive company so in this context is OpenPOWER going to be a critical element as you talk about new concepts like automation and self-service?

Dipankar: Yes. The huge amount of our focus right now is towards bringing in more cognitive capabilities. Take for instance Power AI, it is basically an amalgamation of a set of artificial intelligence frameworks. But what is important is the innovation that has gone in to make the software run really well as we have a special interconnect between the CPUs and GPUs which are of much higher bandwidth than the traditional systems from competitors. 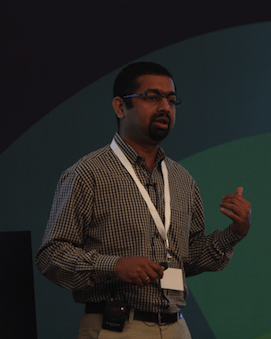 Anand: So basically what we are doing is that we are focusing heavily on the framework that builds the cognitive applications and then bringing in all the system technology inside the system which are allowing this process to run much faster therefore as the end user you will see much better recognition capabilities within AI or much inference capability and so on. Whether its a mobile phone or web app, from overall user experience perspective you will see considerable amount of difference due to this new system and technology we are bringing in through OpenPOWER technology.

So specifically what is happening in India, you have the OpenPOWER research facility in IIT Mumbai – any updates on latest happenings?

Dipankar: OpenPOWER is a facility inaugurated last year. This is one of our big steps in bringing in academia to research. On an overall university perspective the open power facility is now up and running. It is actually connected to the national knowledge network. It is run by IIT Bombay. We are also working with few other leading like NIT Surathkal, Karnataka.

In a Snapshot: IBM’s OpenPOWER goals 2017

IBM believes in progress—that the application of intelligence, reason and science can improve business, society…