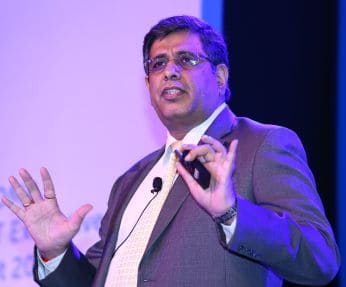 Nearly  two years since Dell made its transition to a private company, the transformational journey continues as the traditional hardware company tries to solidify its position as an end-to-end player in the changing IT market. The move seems to have turned out to be fruitful as the PC major put up an impressive show across all business segments, clocking a massive 30% growth in FY15 over the previous fiscal. Post privatization, strategies were realigned, internal organization was restructured in line with the new objectives, and a bolder roadmap was laid out.

The performance in the last one year throws enough evidence that the decisions are paying off well. The fact that the company is no longer under the constant glare of Wall Street and doesn’t have to think about meeting short-term investor expectations has shifted focus on long-term performance globally and has instilled fresh confidence in the leadership team to make some bold moves.

In FY15, the company has stayed focused on acquiring new capabilities, reorganizing backend operations, and optimizing its supply chain. Privatization has brought in the much needed flexibility that is crucial in doing so. At the heart of Dell’s ongoing transformation lies its new go-to-market strategy which was initiated in early 2014. This has helped the company in significantly expanding its market coverage, geographic reach, and partner ecosystem. In India, while the customers have grown by 25%, the number of partners has gone up by over 100%

While it is aggressively chasing its enterprise objective, the company remains pretty focused on its PC business. India still holds immense potential for PCs as is evident from the 7.5% revenue growth in the Dell CSB (Consumer and Small Business) segment in 2014, which is the highest ever annual share gain in the India CSB segment. As per IDC estimates for Q4 2014, Dell was ranked #2 in the overall PC market with a shipment share of about 25%.

In the software space, Dell’s acquisitions have helped it build a strong portfolio including information management, data protection, and security.

The Enterprise Solutions Group (ESG) did well with the servers, storage, and networking segments gaining momentum. In India, Dell currently has 23% unit shipment share of x86 servers as per the Q4 2014 results from IDC. Globally, it continues to see a surge in revenues in the server space and is inching closer to big rivals like HP. Demand from new age eCommerce and start-up companies was a key factor in driving growth in this space.

Being relatively new, Dell storage segment also showed impressive growth signs. The company is placing bets especially in the hybrid flash storage space. In Q4 2014, it held about 8% market share and was ranked #5, as per IDC.

To enhance its strength in the services space, Dell is pumping in investments into areas like digital mobility and cloud-based services. The company is seeing strong traction in the Indian market for application services and is primarily focused on verticals, including healthcare, manufacturing, and retail.

In FY15, Dell also had significant deal wins in India, prominent one was a deal with Flipkart, where the eCommerce company deployed Dell’s PowerEdge Servers.

India holds a key position in Dell’s future growth strategy. It is now the fastest-growing market for the company globally and is the third largest market after the US and China. Going ahead, India R&D will play a crucial role in Dell’s enterprise strategy.

The company will also be looking at expanding its presence in tier-3 and -5 cities and further strengthening its network of channel partners in India.

FY16 is likely to be an interesting year for Dell as it will throw more light into the company’s future strategy and the different choices it will make to ensure success of its end-to-end game plan.

Servers- From Scale to Hyperscale