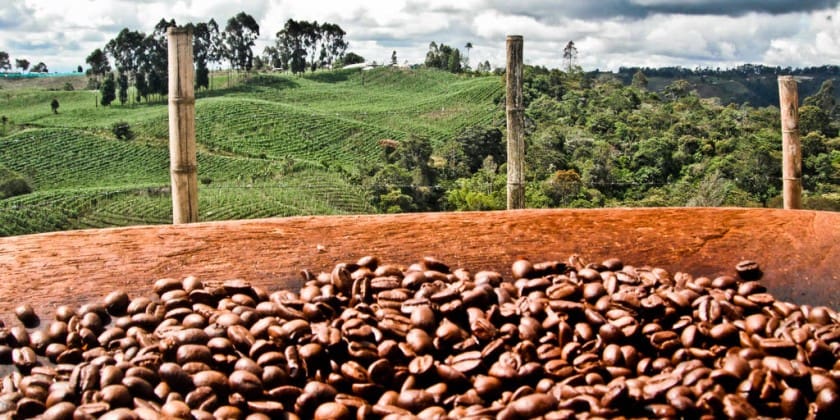 Not so long ago, the Andhra’s coffee plantation farmers had to travel from one place to another to sell their crops. Even after a month of hassles of paperwork, the commercials were not settled for them and still dues ridden with inaccuracies.

To address these issues, a mobile app ‘Livelihood 360’ was created by ConceptWaves Software to support the entire livelihood associated with the villages. Using the data collected through this app, research metrics are made available to understand dependencies between coffee quality and production parameters, and also to make accurate yield estimation. With this app, the farmers give a pre-defined code to the truck drivers which ensure that the central processing unit is aware of the overall production well in advance and so that they can plan accordingly. Also, payments to farmers can be made instantaneously based on the crop estimation, as compared to a month long reconciling period previously.

This solution today has been adopted by over 12,000 farmers across 658 villages in Andhra Pradesh.

Like Livelihood 360, there are many other solutions which the company provides including Edu Squares which help NGOs to monitor the progress of students that they are supporting through their grants.

But all these solutions were hosted on premise infrastructure which was proving to be very expensive. Also, it was not providing the ability to scale to add more customers. Considering the situation, the infrastructure was moved to a collocated option with a datacenter. But the problems continued as adding new customers or services necessarily meant the need to invest in additional hardware. Raghu Kanchustambham, CEO, ConceptWaves adds, “Even deciding on the server configuration that we would be buying used to take a lot of time given the speed with which hardware becomes obsolete every year. And then setting up and co-ordinating on phone with the datacenter folks added to the cost and inconvenience in scaling up.” To summarize, it was time consuming, needed expertise in hardware management, and expensive to add any new boxes at the datacenter.

Transition to the Cloud

Cost effectiveness and scalability were the two primary drivers to migrate to AWS. Owing to the low cost of managing infrastructure, the solutions were made viable for NGOs. Another reason pointed out by Raghu of ConceptWaves is that they wanted to ensure that the infrastructure could seamlessly scale up as they wanted to add more solutions and customers. He adds that in our business, at times there is an unpredictable server demand wherein the need for high volume of computing horse power arises at specific times of the week. While at other points, the load on the server is relatively low. This is where we need the elasticity that AWS provides.

One of the significant benefits is the 100% uptime, which is critical for any business to survive today. Also, the company saved on a significant investment in hiring qualified engineers who can perform tweaking of operating system and database parameters since AWS defaults for these are good enough for us in most cases.

The transition not only eliminated the capital expenditure one had to incur while investing in hardware that goes obsolete within a short span of time but also kept the operating expenditure flexible owing to AWS’ pay as you go model.

Posted by: Charu Murgai
View more posts
Tags:AWS, Cloud, farmers using technology, Livelihood 360
How Coffee farmers are making a move with cloud 0 out of 5 based on 0 ratings. 0 user reviews.
8 guidelines ensuring smooth transition to cloud
Xerox plans to use printed electronics to fight counterfeiting in the pharmaceutical industry