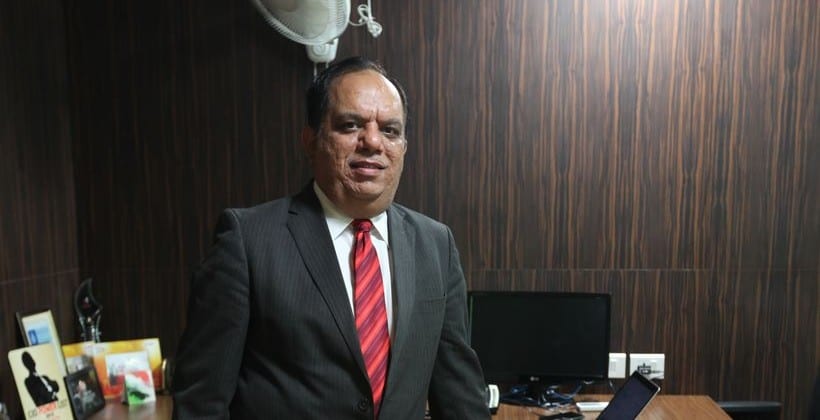 Last year, a pioneering business-to-business (B2B) cloud-based exchange christened ‘autoDX’ , was launched with the objective of transforming the Indian automotive industry by accelerating the movement of data and reducing transaction costs by up to 80 percent. What began as a small initiative has now mushroomed into a big movement with a large number of Automotive OEMs and component manufacturers joining the platform.

Today, more than 100 organizations have signed on the platform, including prominent automotive OEMs such as Hero MotoCorp, Bajaj, Mahindra, Tata Motors and TVS, and more than 90 auto-component manufacturers. More importantly, the exchange is live and companies have already done more than 200 thousand transactions on exchange.

The importance of autoDx
To understand the significance of autoDx, it is important to know how Indian auto manufacturers have typically operated. Traditionally, Indian auto manufacturers and parts suppliers have relied on manual processes to exchange transactional data, including thousands of invoices, purchase orders and shipping notices created each day. For example, many OEMs have a dedicated portal wherein the firm publishes its delivery schedules and uploads details of supplier transactions.

On the other side, suppliers need to customize their systems to the specific parameters of each OEM’s portal for uploading or downloading transaction data or they do it manually. This acts as a hindrance to real-time data integration between OEMs and suppliers.

Explaining the challenges of the Indian automotive industry, Vijay Sethi (Chairman of the IT committee of SIAM and also the CIO of Hero MotoCorp) who has championed autoDX says, “In the Indian automotive industry, industry processes are not harmonized with international practices which is a barrier for integrating with global OEM supply chains. Further, lack of industry wide information standards have resulted in each supply chain having to develop its own methods and processes which involves large investments. Small and medium enterprises (SMEs) are not able to integrate with their suppliers without major investments in IT. Many organizations have SRM (Supplier Relationship Management) portals, some have other means of communication including email and phone in many cases and in lot of cases supply chains are more people dependent. Hence, in most of the cases processes are inefficient and not scalable to high volumes. This is also expensive for OEMs and suppliers as the per-transaction cost is high. In addition, there are also lot of chances of errors when data is copied or is manually entered from one system to another . As a result, the industry is operating with high transaction costs and low efficiencies.”

To address this issue, the IT committee of SIAM started actively talking to the IT committee of ACMA (Automotive Component Manufacturers Association – representing Automotive Suppliers), and decided to jointly work together to setup standards for exchange of information between OEMs and suppliers. The collaboration between SIAM and ACMA is significant, as both organizations represent a significant number of stakeholders from the Indian automotive industry. The Society of Indian Automobile Manufacturers (SIAM) is the apex body representing leading vehicle and vehicular engine manufacturers in India. It works closely with concerned stakeholders and actively participates in the creation of policies related to the automobile industry. Similarly, the Automotive Component Manufacturers Association of India (ACMA) is the apex body representing the interest of the Indian auto component industry, with a membership of over 700 members.

The value of standardization
After due diligence and many meetings, SIAM-ACMA decided that there should be a standard format for data interchange between OEMs and suppliers in the Indian automobile industry. KPMG helped  in setting standards, while IBM acted as the technology partner. Setting the standards was a herculean task, and the initiative which started in 2010, took close to two years to decide on a common data exchange standards that were agreeable to both automotive OEMs and auto component manufacturers.

In the initial phase, a pilot of the project was done which involved 3 OEMs and 7 suppliers who had configured their systems to transmit 4 documents. There were 9 observers too. Hero MotoCorp Ltd, Bajaj Auto Ltd. and Tata Motors were the OEMs involved in the project. Bosch, Brakes India, Lucas- TVS, Minda Industries, Rane, Sansera, SSS Springs and Sundram Fasteners were the suppliers involved. Mahindra, Ashok Leyland, Ford, Honda, Hyundai, TVS Motors, VE commercial, Asahi India and Sona Koyo were observers. Post the pilot most companies including observers have gone live now and more than 200,000 transactions have been logged onto the system. Exchange of information on various critical logistics and financial transactions like delivery schedules, commercial documents, logistics information, can be now done seamlessly between supply chain partners without any manual intervention. This initiative makes digital collaboration among supply chain partners in the Indian automotive industry comparable to any industry globally.

IBM believes in progress—that the application of intelligence, reason and science can improve business, society…