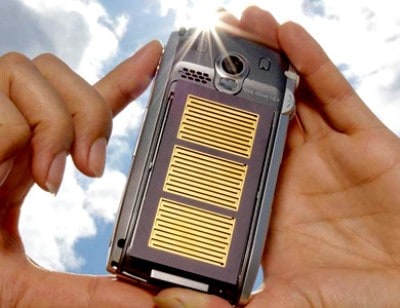 India has reached its large un-banked population by encouraging opening of no-frills accounts for receiving government subsidies by digital banking rather than the traditional route of disbursing cash physically. The government has also provided insurance cover, medical cover and few more basic financial products which will better the life of the un-banked poor of India.

One of the challenges has been the disbursement of plastic cards and the traditional banking passbook for citizens to transact and use the money in their banks; this has been a deterrent for adoption and has slowed down the transformation of citizens into regular banking customers. This challenge can be overcome if Indian banks give these customers low cost solar mobile phones to accelerate the adoption of banking rather than use the traditional plastic and paper route.

Every bank customer will get a solar mobile phone which will be customized only for banking operations and if required offer voice services to be paid from the owners bank account. If these no frills solar mobile phones are distributed they could be made at the cost of less than Rs. 500 each, given that they are mass produced and have only the functionality for banking. These are no frills phones with adequate end point security build in; they need not be smart phones. They could have a regular keypad with dedicated keys for banking to increase their life and make them sturdy and easy to use. This approach has already been tried by a few micro-finance companies in India  and has been successful.

This simple initiative can make 4.5 crore plus Indians part of the banking system and in a few years, India can have a digital cash economy, thus sucking out cash transactions from the system. Indians are clever and innovative and they will quickly learn to use the solar powered mobile phones.

India has abundant solar energy to keep the phones charged plus national coverage will be available all over the country thanks to the pan India mobile grid being offered by various telecom players. One can place these mobile phones in the hands of Indian citizens and see their financial management blossom, see a million entrepreneurs spring out of the poor in rural India and see India become a global leader and an economic powerhouse by the end of the decade.

These mobiles can also be used by citizens for m-governance, medical care, education, e-commerce, agriculture education or weather forecasts. Banks can gain by routing these value added services through their mobiles devices for a small fee.

The issue of financial inclusion is a development policy priority in many countries. However, there is…