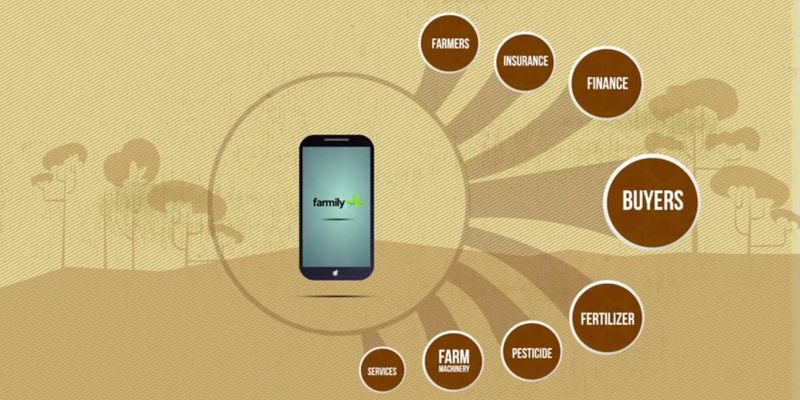 This is a statistic that no Indian will be proud of. In the last 2 decades, over 3 lakh farmers have ended their lives. It is estimated that forty one farmers commit suicide every day. Figures released by the Ministry of Agriculture in July 2015, state that over 3300 farmers have committed suicide due to agricultural reasons in the last 3 years.  Most suicides are committed as farmers are under intense pressure to pay back the mounting debt — especially when crops fail. India has another significant problem — the country’s agricultural yield suffers from low productivity. For example, India has a yield rate of 2.4 tonnes per hectare, compared to China which has nearly double the yield at 4.7 tonnes per hectare. Sometimes, prices of produce drop so much that farmers throw away the produce instead of selling it, because the price of selling to a middleman and the costs of transportation, make it financially unviable for the farmer to sell the produce.

For a nation that depends on agriculture so heavily, it is high time that a systematic and well thought approach is taken to understand the root cause of the problems of Indian agriculture, and ensure that farmer suicides which have reached alarming levels, reduce or stop completely.

Can India with its huge base of software programmers and years of software experience make a difference to this sector by using technology? This question was posed to Karthik Natarajan, an IT entrepreneur, when he was involved in  creating a coffee plantation in a village in Karnataka, about 3 years back.

Having heard that an IT guy from Bangalore was in their village, a bunch of farmers met Kartik and asked him, “We hear so much about IT and the huge salaries that IT people get in Bangalore, however IT has really not touched our lives. Is there a way IT can help us too?”

These farmers also mentioned that they had planted ginger that season and decided not to harvest the crop. Kartik was shocked as to why small farmers with land holding of 2 to 3 acres would not harvest their crop. Kartik was given to understand that the price of ginger had fallen to such low levels because of over production that it did not make sense to even harvest it.

“I wondered if this was an isolated case or was this endemic throughout farming communities everywhere. I did some research and found that 30% to 50% of all food produced on our farms today never make it to the dining table! And nobody was doing anything about it,” states Kartik.

Kartik was shocked, as this was a colossal waste. Ironically, at one side of the spectrum, people were dying of hunger  and on the other side, farmers were committing suicides. He decided to put his time and effort in finding out the root cause for the reasons of this problem. He teamed up with his childhood friend, Balamurugan, who was a farmer for the past 24 years. After interviewing many farmers, he found out that farming communities were mostly local, relatively small and in isolated silos, which led to poor earnings. There was weak linkage between digital information flow and agricultural development. Language barriers hindered quality and relevant information. Further, there were low investments in infrastructure and lack of specialized knowledge.

Fluctuating prices and the problem of the middleman

The fluctuating prices of commodities make it difficult for the farmer to plan production. For example, currently, farmers  produce and then “expect to sell” and that’s were the problems kick in. For example, sometimes prices of onions soar to Rs 100 a kg and every farmer starts producing onions to take advantage of these prices. But 3 months down the line, prices sometimes drop to an unsustainable Rs.3 or Rs 2, and and everyone is making a loss.

The middle man is also a crucial factor. Most farmers sold their produce to the middle man (which were in multiple numbers in the chain) at the farm gate who in turn made a sizable margin before it reached the consumer. This was done primarily because farmers produce their crop and then “expect” to just sell it. This causes production disparities and when combined with factors like sub optimal logistics and lack of cold storage, it leads to unacceptable wastage. 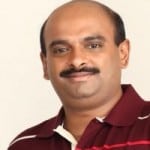 “If this has to be solved, the fundamental way that food is produced, distributed and consumed needs to be changed. This can be achieved through demand-based production where farmers produce to a future demand from buyers such as Supermarkets, Kirana stores, restaurants and other large buyers. This enables better price realizations for the farmer while at the same time ensures predictable demand and cash flow for the buyers. This creates a win win for every one. The need for a platform that enables technology to integrate food production and consumption by producing food to demand with just in time logistics was clear. The potential to provide 60–100% more food by simply eliminating losses, while simultaneously freeing up land, energy and water resources for other uses is enormous and thus a firm called Farmily was born,” explains Kartik.

To make this possible, the most important part for the farmer and his farm is to have a digital presence. Farmily creates this digital presence through a micro website for the farmer where he can showcase his farm, his capabilities and produce. Buyers will be able to put up a demand for produce on the platform, farmers can respond to the demand and are able to negotiate online and conclude deals on line. Farmers can also put up their produce for sale and entertain bids from buyers for price discovery.

Once a deal is done, Farmily activates the ecosystem to enable finance and logistics. This is done in the language the farmer is used to and on his mobile phone. Farmily believes that this initiative can provide farmers better earnings and reduce waste in the chain making more food available by bringing about efficiencies.

The biggest enabler is the smartphone.

“Mobile phone penetration has happened very deep into the hinterland. The proliferation of social media like Facebook, Whatsapp, combined with the ever dropping prices of smartphones will drive rural users to get connected. The Indian government`s vision of putting a smartphone in every citizen`s hand by 2017 will boost this further. Farmily has been conceived as a multilingual platform from the beginning and by using IT and the Internet, farmers can get access to new markets, value addition, finance etc,” explains Kartik.

Farmily’s focus is in establishing an Internet presence for the producers (farmers, fishery, horticulture etc.) in the agricultural sector. This implies adding static content that “digitizes” the farms and dynamic content that connects those farmers with their customers and the ecosystem on a transaction basis.

“Adding static content is like digitally scanning the industry. This is similar to what has already happened in other industries such as the hotel and restaurant business. The static content is needed to draw attention from the purchasers. There needs to be at least a minimal web presence for a transaction to happen. The dynamic part drives business for the farmers. Their primary interest in participating in the Farmily community is to improve profitability. By direct interaction with the demand side, the farmers can on one hand reduce the risk of producing unsellable goods (food wastage), which leads to write-offs. On the other hand not producing the goods that consumers are asking for leads to opportunity costs for the farmers (lost revenues),” states Kartik.

Kartik believes that there will be efficiency gains in integrating transport through “freight consolidation” and just in time logistics (warehousing, ripening, cold storage etc.), which will reduce wastage in T&D as well, especially in the lower part that interfaces with the farmers.

Posted by: Srikanth R P
View more posts
Tags:Farmily, Indian agriculture, IT for farming, Karthik Natarajan, Technology for farming, Use of IT in Indian Agriculture
How a ‘Facebook for Farmers’ Indian startup is looking to change the face of Indian agriculture 4.5 out of 5 based on 2 ratings. 2 user reviews.
IT megatrends in 2015 and beyond
We are In the midst of a Once-In-A-Decade shift in the Technology Landscape

In April 2013, a news update on farmers in different districts of Bengal throwing their…