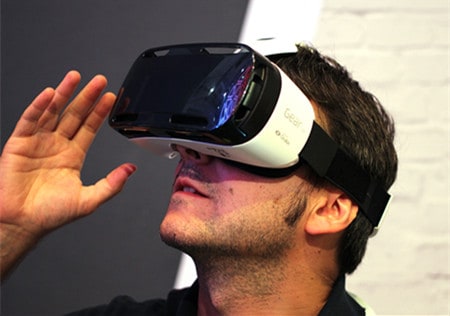 An Indian streaming platform – Hotstar, has introduced technology innovation for the upcoming Kabaddi World Cup to be held in Ahmedabad from October 7th to 22nd. Hotstar will stream the Kabaddi World Cup games in stereoscopic 3D Virtual Reality (VR), giving sports fans in the country an experience that has been rarely witnessed anywhere in the world.

Hotstar users will be able to access both 2D and 3D VR streams, in addition to the regular broadcast streams, on its iOS and Android apps. The VR experience will allow sports fans to get a complete panoramic view of the game and the stadium using touch and gyroscope. Sports fans can also enjoy an immersive 3D experience on Samsung Gear VR headsets and Google Cardboard devices. Fans will be able to switch between different cameras in a 360 degree experience, thereby taking full control of their experience.

To enable this dramatic new experience, the Kabaddi World Cup games will be shot in stereoscopic 3D using two camera pods (in addition to the multi camera setup of the traditional production) including 12 cameras per pod, which allows for immersive production and stereoscopic capture. Users of Samsung Gear VR will have access to the Hotstar app on the Oculus store, another initiative from Hotstar.

The live VR stream for the Kabaddi World Cup will be available to fans in two formats: a personalized, 2D user-controlled experience for viewers without headsets, and in full stereoscopic, TrueVRTM for Google Cardboard and Gear VR headsets. It is the first time VR content from a live event of this magnitude will be available on multiple headsets and mobile operating systems.

Hotstar users will be able access the live TrueVRTM feed by either selecting the Google Cardboard feature in Hotstar’s iOS and Android apps or by downloading the Hotstar Gear VR app from the Oculus Store.

Ajit Mohan, CEO, Hotstar says, “We owe our loyal and growing platform users the very best video experience in the world. Fans in India look to Hotstar to set the benchmark for video streaming. We are excited to bring a dramatic new live experience to sports fans.”

The Kabaddi World Cup will see 12 National teams participating from across the globe.  These teams have been divided into two groups viz. A and B. Group A comprises of India, Bangladesh, South Korea, Australia, England and Argentina, while Iran, Thailand, Japan, USA, Poland and Kenya are placed in Group B. Tournament favourites India begin their tournament journey with the first match against South Korea on October 7th, 8 pm IST onwards.

Flipkart and Hotstar Come Together to Announce a New Ad Platform

In a first of its kind partnership in the industry, Flipkart, the e-commerce platform, and…