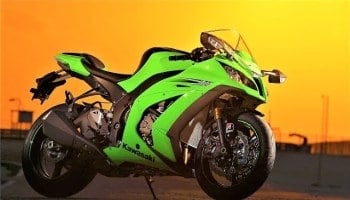 AskArvi.com, insuretech platform has launched an innovative ‘Click-Click-Buy’ third party insurance for 2-wheeers. Customers can get their bike insured within 60 seconds by uploading picture of vehicle’s number plate and driver’s licence on AskArvi.com.

According to the Road Accidents in India 2015 report, more than 36,0000 people died and around 1,40,000 people were injured in accidents involving two-wheelers. Two-wheelers are identified as the most vulnerable road users. There has been a strict law in the country under the Motor Vehicles Act 1988 which requires compulsory insurance cover for all the vehicles in the country and not having it can lead to a fine of Rs. 1,000 or 3 months of imprisonment or both.

Still, according to the estimates , a whopping 70% of 2-wheelers operating on Indian roads do not have a valid motor insurance. Keeping this in mind, AskArvi wanted to make the renewal process so simple that a customer can simply renew anywhere, anytime with minimum hassle.

Commenting on the launch, Sushant Reddy, CEO of AskArvi, said, “Our idea to come-up with ‘Click-Click- Buy’ is totally in sync with our aim to simplify insurance buying process for customers. Using latest advances in image processing, AskArvi wants to solve the problem of renewals by making the process super simple.”

To promote the Click-Click-Buy bike insurance, AskArvi is partnering with firms provide lending, servicing and other value added services to bike owners. The company is in talks with major partners and expects to insure over 15,000 bikes in the current year.

AskArvi, an AI startup in the insurance space, leverages voice, text and image recognition technologies to simplify the buying experience for customers on a smartphone.

Posted by: DQINDIA Online
View more posts
Tags:AI startup, AskArvi, insuretech platform
Here’s How to Get Your Bike Insured in 60 seconds 0 out of 5 based on 0 ratings. 0 user reviews.
CE China Brings Global Manufacturers Together
Nutanix Introduces Database Services with Era

AskArvi, an interactive fin-tech platform for insurance buyers has come up with a time saving…