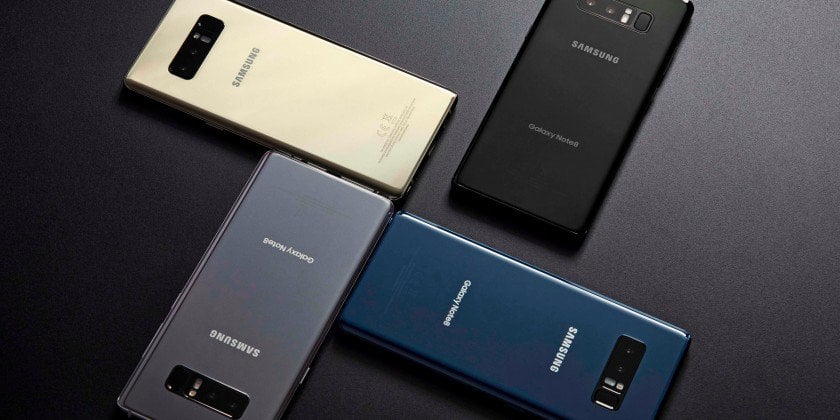 Yesterday, Samsung unveiled its latest flagship phone, Samsung Galaxy Note 8, at a typically exuberant event in New York. Like all Note devices, this phone also combines with massive display with a suite of productivity features and a stylus that pops out of a slot in the corner.

At the event, Samsung Mobile President DJ Koh said “large screen phones is the fastest-growing segment in the smartphone market. Going by the design, the Galaxy Note 8 is quite similar to the Galaxy S8 and Galaxy S8+, the phones that helped the company redeem itself after the Galaxy Note 7 fiasco. The Samsung Note 8 smartphone has a 6.3-inch QHD screen, the largest screen on a Galaxy Note phone.”

According to reports, the phone has 12-megapixel cameras on the back – a Dual Pixel primary wide-angel sensor with f/1.7 aperture and OIS, and a secondary telephoto lens with f/1.4 aperture and OIS. The two are complemented by an 8-megapixel autofocus front camera with f/1.7 aperture. New photo-taking features of the Galaxy Note 8s are Live Focus, and Dual Capture, among others.

As expected, it’s also a QHD+ display resolution, but it also packs Mobile HDR Premium support like the Galaxy S8 series, meaning it is HD TV quality, and it has Samsung’s now-standard Always-On functionality too. Samsung’s multi-tasking features have returned, including split-screen multitasking which will even let you run the same app twice if you wish.

The battery is rated at 3,300mAh and supports both wireless charging and fast wired charging via Type-C USB. Pre-orders are live from today with regular sales beginning on September 15.

Posted by: DQINDIA Online
View more posts
Tags:Galaxy Note, Galaxy S8, Samsung, Samsung Galaxy Note 8
Here’s All You Need To Know About Samsung Galaxy Note 8 0 out of 5 based on 0 ratings. 0 user reviews.
About 40 million Jio Phones to be Sold by End of 2017: CMR
India is Witnessing an Overwhelming Shift Towards e-Learning