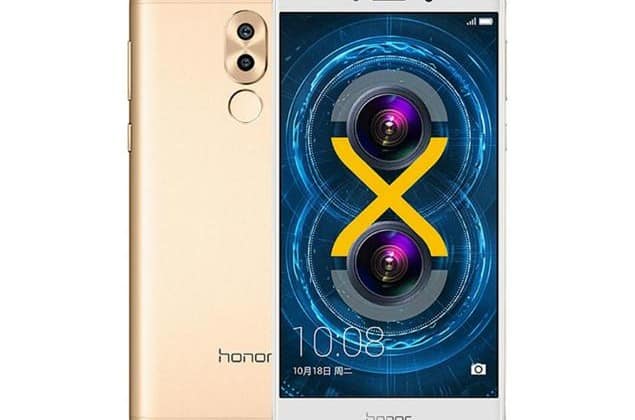 Huawei Honor 6X smartphone was launched in India today. The phone comes with a 5.50-inch touchscreen display with a resolution of 1080 pixels by 1920 pixels. Huawei Honor 6X price in India starts from Rs. 12,999.

Huawei Honor 6X smartphone was announced at the company’s event at CES 2017, and follows in the footsteps of the Honor 8 and Huawei P9 – which also feature the dual rear camera setup.

The 4G LTE capable smartphone will be made in India and supports 14 regional languages. Honor 6X will be available in India at Rs 12,999 for the 3GB variant and Rs 15,999 for the 4GB variant. The 3GB variant will be sold as an Amazon exclusive. The phone will be available in three colours – Gold, Silver and Grey. Honor 6X (3GB RAM version) registrations open today at 11.59 pm till January 31, and flash sale will take place on February 2, 2017 at 2 pm.
The phones will available with partner offers like additional 10% cashback with SBI Credit Card and Airtel 14 GB additional data on purchase of every 1GB with the Honor 6X.

The phones will be available with partner offers like additional 10% cashback with SBI Credit Card and Airtel 14 GB additional data on purchase of every 1GB with the Honor 6X. Huawei has tried to strengthen its position in the smartphone market with its new and powerful range of devices.  However, it would be interesting to see how it fares against the competition in the long run. The moves of the players such as Vivo and Xiomi, etc would be noted in this segment.

Posted by: DQINDIA Online
View more posts
Tags:Honor 6X, Huawei honor 6x
Here is all you need to know about Huawei Honor 6X 0 out of 5 based on 0 ratings. 0 user reviews.
Amagi launches Amagi MIX, e-commerce platform to buy TV ad spots
India to have fastest tech spending in Asia Pacific, to grow by 12% in 2017

By: Sanjeev Bhatia, Co-Founder, Onlymobiles.com January to March is usually the period, where we witness…