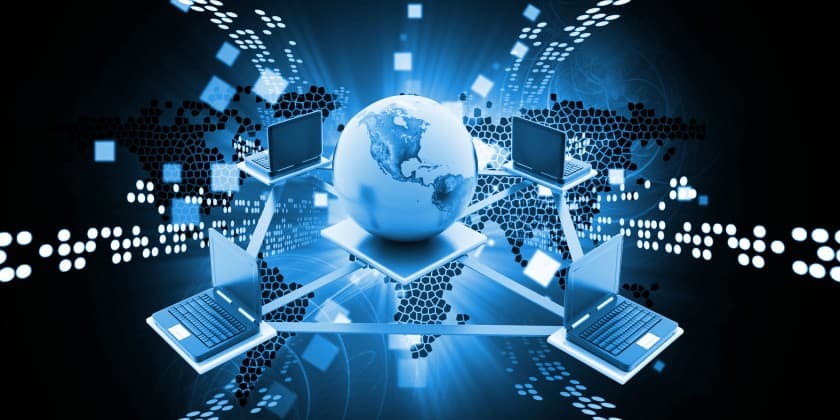 While BFSI is a major adopter of IT, often times the attention goes to the BFS part rather than the Insurance part. If you take a closer look at the Insurance part of the BFSI vertical, it has many unique requirements to be met with. Let’s look here at a Insurance major and how it is taking on to its IT challenges.

The company is HDFC Standard Life Insurance Company (HDFC Life), which  is one of the leading life insurance companies in India, offering a range of individual and group insurance solutions that meet various customer needs such as protection, pension, savings and investment, health along with children’s and women’s plans. It is a joint venture between Housing Development Finance Corp. Ltd and Standard Life.  Founded in 2000, HDFC Life is headquartered in Mumbai and has close to 14,000 employees. It has 400+ branches and presence in 980+ cities and towns in India.

One of the biggest challenges faced by enterprises is heterogeneous IT environment. HDFC Life is no exception. Typical of a player in HDFC Life has a diverse IT environment. From the IBM mainframe that serves as the core system to the MQs used for connectivity, the technologies, platforms, and applications that are business-critical to HDFC Life span a broad spectrum. Although they are not a true 24/7 operation, HDFC Life’s website and applications are to be made available for use virtually round-the-clock for its global clientele. For example, a customer could be making a payment at any time using their website. “A few applications are very critical to HDFC Life,” says Rudresh Bhatt, senior IT manager at HDFC Life. “They bring in new business for us, to the extent that, if they are down for even 15 minutes we have a huge financial loss.” For instance, its point of sale application is used by nine to ten thousand agents everyday across India and is the main source of business for HDFC Life.

The business practices at HDFC Life were undergoing a steady transition towards a 24/7 operations model, and a similar evolution was reflected in its IT systems as well. From classic active server pages (ASP) to service oriented architecture (SOA) to business process management systems (BPMS), “Managing] this diversity was becoming a problem,” says Rudresh. “I was only able to concentrate on [monitoring of] a basic set of applications”, which meant other vital applications were being overlooked. With the aim of extending their monitoring visibility, the in-house IT team set about developing small, custom applications that could monitor its systems, and alert them of failures. “What happened then was, managing the failures of these alerts became [another, bigger] problem,” recounts Rudresh. The troubles didn’t end there however. To get a report about a downtime incident “with these small, customized tools that were developed in-house, I had to go through all the mails!” he recalls, a man – hour overhead the IT team just could not afford. What HDFC Life needed was an APM solution that could function as a centralized monitoring repository, which could also generate reports instantly.

The Search for an APM Solution

According to Rudresh, “Our need of the hour was, if a system goes down, IT should know it before. The next step was to get to the root cause of why a system was down. Rudresh and his team evaluated a handful of offerings from different APM vendors. HDFC Life’s systems integration (SI) partner Wipro had it’s own monitoring tool called Viking. However, Viking restricted Rudresh’s team to monitoring within the infrastructure group, whereas HDFC Life’s IT set up comprised a myriad of other components that entailed monitoring too. They evaluated tools from IBM, AppNomics and Organize as well. Unfortunately, what those tools offered in deep-dive analytics was overkill for HDFC Life’s IT monitoring needs. Also, these offerings were not very affordable and cost was a major factor for HDFC Life.

HDFC Life did a month-long POC in January 2013, when they had a team from ManageEngine come over to demonstrate how Applications Manager could address the challenges it faced. Fast forward to March: HDFC Life had deployed over 250 monitors in its environment.

the flexibility of a month-long evaluation period prior to purchasing the product, and the support Rudresh and his team received even during the evaluation period, resolved almost every query (technical or otherwise), thereby ensuring HDFC Life made an informed, educated decision when they finally bought the product itself. Help was always just an email or a phone call away, Rudresh recounts, “If we had any issue about the product, we would raise it with the support team, and the support team would take a WebEx session with us about the issue”. Additionally, scaling the product to ensure forward compatibility with newer enterprise applications was not a worry thanks to the many plug-ins available. This allows Applications Manager to seamlessly work with other software in the ManageEngine ecosystem.

“Before ManageEngine’s APM solution was deployed], it would take us 20-25 minutes just to get to know an application was down. We would receive a call and by the time we checked and resolved it; it would take more than an hour, even if it were a simple restart of an IIS or a JBoss server. But now with Applications Manager, we have configured alerts, so the moment an application is down, we get to know immediately, ” quips Rudresh.

Also, as its primary line of application management, Rudresh’s team has configured automated batch files (i.e .BAT scripts) through Applications Manager, which restart an IIS server by itself, for instance. That way, Rudresh gets an alert when a server is down, and another alert once it’s back up following the restart. “Now, with Applications Manager, it [the issue turn-around cycle time] has come down from a 60 minute cycle to a three minute cycle.” The built-in, script-based automation does away with redundant, repetitive tasks such as server restarts to save precious time for the IT team.