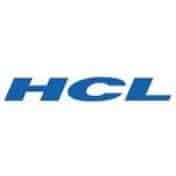 HCL Technologies, has been honored with ‘GRC Innovation Partner of the Year 2016’ award from MetricStream for the spirit of collaboration and innovation. The MetricStream GRC Journey Award ceremony was held at the Marriot Marquis Hotel in Washington DC on April 26, 2016. The awards were presented by Shellye Archambeau, CEO of MetricStream and Gunjan Sinha, Executive Chairman of MetricStream.

The partner awards recognize MetricStream’s business partners who have provided exceptional GRC consulting, services and guidance to customers. These partners work closely with MetricStream, providing hands–on assistance with strategy and foundational elements, enabling customers to meet their GRC goals. A total of 17 awards were presented, honoring the efforts and achievements of MetricStream customers, individual customer stakeholders and partners.

Rohit Bedi, Senior Vice President, Global Partnerships and Alliances at MetricStream said, “The combined strength of HCL’s industry expertise and thought leadership, and MetricStream’s powerful GRC platform and applications enable us to jointly deliver best in class GRC solutions for our customers globally. Innovation is key to our clients who need better ways to drive success in their business and create a sustainable and competitive edge. This milestone stands as a testament of HCL’s and MetricStream’s commitment to continuously innovate and set new benchmarks of excellence in the GRC space.”

A pioneer in the area of Governance, Risk and Compliance (GRC), HCL is among the first IT services companies to create an industry–recognized IP content and proprietary framework BRiCS (Business Risk Intelligence & Compliance Solution), for Risk and Compliance management specific to industry verticals. The creation of integrated GRC BRiCS framework is a step towards making an enterprise more regulatory compliant, risk averse and security aligned, which is also a core attribute of HCL’s core DryICE Autonomics and Orchestration methodology.

HCL is a premier partner of MetricStream since 2013 for their GRC technology services, and has strong capabilities and technical expertise on the MetricStream platform. With a dedicated Center of Excellence, HCL has developed and engineered many leading GRC applications like PCI–DSS management, SANS 20 dashboard and Information Security Operations Management, leveraging MetricStream AppStudio platform.