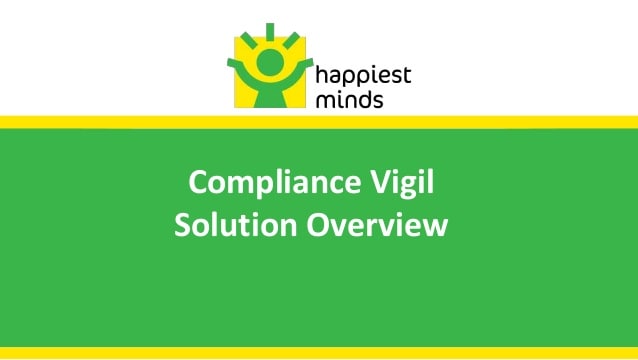 Happiest Minds Technologies announced its annualized run rate of $62 million and that it has achieved profitability in only its fourth full year of operations. The company is now looking to expand its global footprint by opening operations across Australia, the Middle East and Turkey.

Happiest Minds continues to leverage its efforts on SMAC+ technologies including increased focus on IoT, Security and Customer Experience. Digital transformation was the fastest growing segment and contributed over half of Happiest Minds revenue. 10% of sales came from Intellectual Property offerings.

Happiest Minds has decided to strategically extend its focus to new avenues of disruptive technologies like Artificial Intelligence (AI), Cognitive Computing, and also on building Wearables. With over 1,900 specialized people, Happiest Minds serves more than 115 customers, amongst whom several are Fortune 1000.

“Our Mission of ‘Happiest People . Happiest Customers’ has helped in our endeavor to innovate and stay ahead of the competition by attracting and retaining some of the brightest minds in the industry. Our success is largely attributable to our uniquely differentiated culture and I would like to thank all members of our team who have been happiness evangelists for each other, our customers and society,” said Ashok Soota, Executive Chairman, Happiest Minds Technologies.

“We have been able to achieve profitability in the 4th full year of operations because we function with the nimbleness of a startup, while adding value to our customers through investments in IP and continuously enhancing customer experience. Our unique solutions led delivery helps our customers on their digital transformation journey,” said Sashi Kumar, CEO & MD , Happiest Minds Technologies.
Happiest Minds is on track to be the fastest Indian IT Services Company to achieve $100mn in revenue and plans to go public within next 3 years.

Happiest Minds celebrates its “Smilestones” by contributing towards the Akshay Patra’s midday meal program. This year’s smilestones of achieving profitability and being recognized for best culture practices has brought the cumulative total to 580,000 meals. Happiest Minds is on the way to meet its stated goal of a million meals before IPO.

Happiest Minds is also engaged in partnerships with players such as Microsoft to strengthen its IoT + Azure offerings; Intel for their Network Builders Ecosystem; ARM connected partners; IIS Technology Partnership and many others.

JetBrains is an international company with headquarters in Prague, Czech Republic., which has been creating…

Going Digital – what does it mean to you and your organization? We have been a…

3i Infotech on The Cusp of a Major Growth Trajectory, Says Padmanabhan Iyer, MD & Global CEO