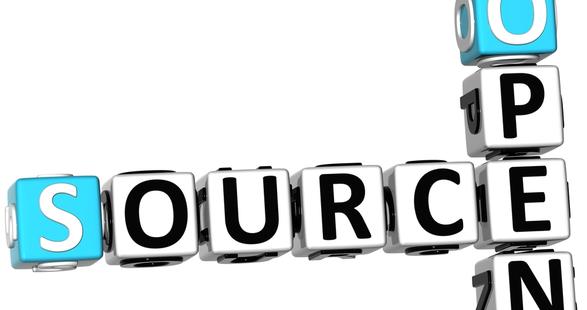 Operating in a competitive environment,pharmaceutical firm Hamdard Laboratories,wanted to modernize its IT infrastructure.The firm wanted to enhance capacity in the existing IT infrastructure and bring in a new era of IT operations management which would encompass the day-to-day tasks related to the management of technology infrastructure components and the more granular needs of individual applications, services,storage, networking, and connectivity elements in an IT stack.

With this objective in mind, a project titled ‘Force ITII’ was launched. The goal was to modernize the IT infrastructure in a way that would lead to lower TCO and higher efficiency. Accordingly, a decision was taken to leverage open source technologies across the entire IT stack and reduce licensing costs.

EMBARKING ON A CONSOLIDATION DRIVE

Hamdard adopted a step-by-step approach, which was initiated by a server and infrastructure consolidation initiative.
For its mission-critical applications, Hamdard had four servers that were being used for an individual application.With the start of the Force IT- II project, there was a need to introduce more servers and increase capacity.

To create capacity and to effectively utilize the server infrastructure, there was a dire need to virtualize the server
environment. However, there was no real budget available to procure commercial licenses for virtualization. To counter this, the team decided to evaluate various free hypervisor options available with commercial hypervisor vendors. The team did a quick POC on each of these hypervisors and came to the conclusion that VMware would be the safest bet for setting up a production system on a free hypervisor. 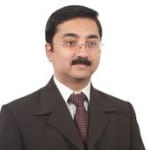 “There were clear risks in running a production environment on a free hypervisor but what gave me and my team confidence was in the way VMware was running both Windows and Linux hosts without any problems,” states Sanjay Singh, CIO, Hamdard Laboratories.

This way, Hamdard began its journey towards server virtualization. It first moved SQL server for its secondary sales application to a virtual machine and then it moved the web application console of the secondary sales server to another virtual machine. The firm then created a virtual machine for its Zimbra Collaboration Suite open source mail server using Centos 6.2 as an open source OS. This further reinforced the firm’s faith in VMware eSXI 5.0 free hypervisor and it was able to virtualize all the three server machines. This gave it the required capacity and elasticity to create servers and experiment with other open source technologies.

With the newly purchased HP ProLiant ML110 G6 Server, the firm created a NAS device using the FreeNAS open source project. With the creation of the NAS device, each department was given access to a shared folder where users could safely keep their documents and these shares were seamlessly available across different desktop OS boxes.  The firm also set up Linux boxes to provide LDAP,DHCP, and DNS services to its desktop clients. DNS wasset-up as master at the head office and slave at the plant location. All the applications including secondary sales, ERP, web portal, and BI are now available seamlessly across locations.At each plant location, the firm has built a firewall using an old server which provides for an IPS, web caching, and content filtering functionalities using open source technologies.

In order to provide proper end-user services for coping with any difficulty, a user may face with IT infrastructure or secondary sales system, a help desk consisting of two people was put in place. Hamdard also piloted an open source project known as OTRS (Open Technology Real Services) to establish an ITIL compliant help desk. The Hamdard IT team also uses an open source software called BIRT, through which it offers meaningful business dashboards to its sales, marketing, finance, supply chain, and purchase departments.

VDI IMPLEMENTATION ON OPEN SOURCE
Hamdard’s CFAs required a direct access to the firm’s ERP. Since these CFAs were geographically separated,they accessed the ERP using a VPN tunnel over an Internet connection. Users at the plant locations also accessed the ERP in a similar way.

However, CFA users were unhappy about the ERP access using the VPN as it was very slow and there were regular breaks in connectivity to the ERP server. Poor application performance resulted in poor productivity. The IT team was aware that all application delivery and printing requirements could be easily solved by a VDI solution like Citrix XenApp or VMware View but the company did not have a budget for a 70 concurrent user VDI license. Accordingly, a decision was taken to pilot an open source VDI solution.

“We piloted two open source projects, Ulteo Open Virtual Desktop and FOSS-Cloud. While both worked for us we finally selected Ulteo OVD as it was a more mature product as compared to FOSS-Cloud which had both server and desktop virtualization. The product was an instant hit and since then we have not faced any problem in ERP application delivery,” says Singh.

ENSURING SOFTWARE COMPLIANCE
To ensure software compliance and reduce dependency on proprietary solutions, the firm replaced the exchange server completely with the Zimbra Collaboration Suite open source edition. The firm undertook a survey to determine the people who had the least dependency on MS Office. This helped the firm in replacing the systems with LibreOffice. Microsoft Outlook was replaced with Mozilla Thunderbird. Address book was established using Zimbra LDAP.

TightVNC, an open source project was installed on all the machines to provide remote support by the infrastructure team. Some installations of Windows XP/7 were replaced with Ubuntu Desktop having Libre Office. Further, Open/Libre Office and Ubuntu users were provided with basic training to be productive in their new environment.

At each plant location, Hamdard also built a firewall using an old server which provides for an IPS, web caching and content filtering functionalities using open source technologies like IPTables for packet filtering, Fail2ban as an IPS, Squid as a web caching server, and Dans Guardian for content filtering.

OPEN SOURCE POWERS HUGE BENEFITS
The business value of choosing open source alternatives for Hamdard has been tremendous and has helped in direct saving in terms of investments that otherwise had to be made in software licenses. For example, total savings only from avoidance of procuring software licenses are close to Rs 22 lakh, with an additional Rs 7 lakh saving due to open source VDI implementation.

Hamdard’s example shows how budget conscious organizations can remain competitive with the other counterparts by using open source technologies.