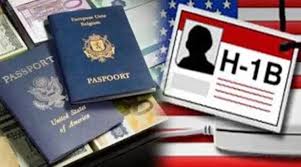 H-1B Visa Reform Bill which was presented in the US House of Representatives has begun to shake the IT industry in India. Most of the IT companies – Infosys, Wipro, TCS, Tech Mahindra, Mindtree, HCL Technologies and others – have begun to feel the heat as their stocks have plunged significantly. Besides, this Bill affects Indian engineers working in the US.  If the BIll gets approved, it will jeopardize the Indian IT.

Indian engineers may return and thus shake the jobs market in India. Alka Dhingra, Assistant General Manager, TeamLease Services told Dataquest and said, “ Affecting the competitiveness of the industry, companies will now focus on sending only highly skilled candidates to the US, which will lead to significant a drop in hiring. Companies thus will have to transform their business model as how much of it can be delivered either through local resources or how much of it can be pushed digitally. With this move India will no longer be the choice of off shore hiring, however when it comes to local hiring in the US, companies will continue to pick up talent both laterally and freshers from campuses. Further companies need to take steps to ensure that it has the right mix of resources and also leverage its near- shore and global centres to execute projects.”

Donald Trump has taken the strict stance against the immigrants who he believes have stolen jobs from the US citizens. Even the companies which avail IT services from Indian IT companies will have to pay a hefty price.