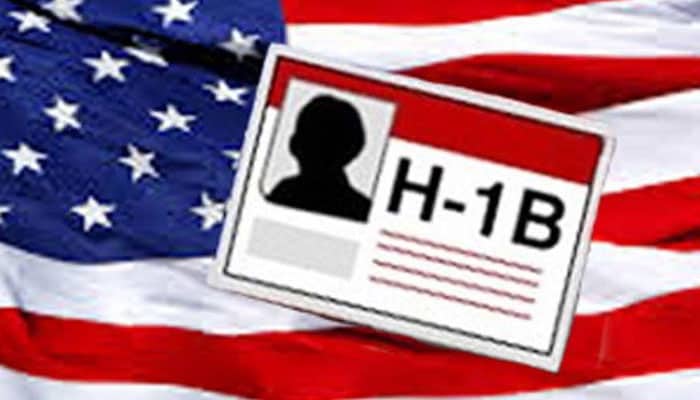 The Indian IT sector traditionally has been heavily dependent on H-1B Visa. For companies with a presence in the USA, it has been the most preferred visa for bringing skilled foreign workers into the country. Typically, visas are issued for three years and are further renewable for three years. The H-1B visa is renewed continuously for visa holders who have applied for permanent residency (commonly referred to as a Green Card leading to a perpetual work authorisation permit subject to the meeting certain requirements) through eligible foreign employers and whose application is pending approval. The Indian companies’ share of total H-1B visas (fresh as well as renewals) issued in FY2017 (October-September period) was close to 75.0% (65.3% in FY2013), coupled with 70.0% of the total such H-1B visas for the computer-related field. Hitherto, the cap on new H-1B visa issuances has been 65,000, with an additional 20,000 for highly-skilled labour possessing a master’s or a higher degree from a US university.

With a view to protect US jobs and wages, the United States Citizenship and Immigration Services (USCIS) has been gradually tightening the H-1B visa scrutiny. This is bound to have several implications for Indian information technology (IT) services companies in the near and medium-term. As a prerequisite for H-1B visa, the USCIS in March 2017 issued an internal memo clarifying that all entry-level programmers will not generally qualify for a position in a specialty occupation. This will affect the profitability margins of Indian IT companies as a result of direct impact of restrictions in the movement of low-cost skilled labour from India.

Additionally, the Department of Homeland Security (DHS) is undertaking a study to review the definition of speciality occupation and also revise the definition of the employer-employee relationship. Such guidelines and additional requirements to ensure employers pay appropriate wages to H-1B visa holders are expected to be issued by October 2018. The proposed changes to the definition of speciality occupation will restrict movement of low-cost skilled labour to USA. These could include filtering various computer-related occupations that require a bachelor’s degree (to necessary qualify for a specialty occupation), or mandating a combination of education and the kind of work required to qualify as a specialty occupation.

The present H-1B system is lottery based and gives equal selection rights to all applications. However once awarding visas to the most skilled or to the highest-paid beneficiary kicks in, it is bound to work against the Indian IT services sector (H-1B dependent) as their average wage is approximately 25.0% below that of companies that are not dependent on H-1B visas. If more than 15% of an entity’s employees are on an H-1B visa, it is termed as H-1B dependent. The share of master’s degree or equivalent for H-1B visas approved was 27% compared to 55% for non-H-1B dependent employers.

The USCIS had also implemented multiple measures to check H-1B visa fraud and abuse including targeted visits to the workplace. This led to a jump in the number of requests for evidence (RFEs) for H-1B approval by more than 40% during January-November 2017 compared to CY2016 and by 65% compared to CY2015. Moreover, in February 2018, contract submission became mandatory for demonstrating the requirement of specialty occupation as well as the employer-employee relationship for the duration of the visa. The impact of these is that whereas H-1B visas were previously issued for three years at a stretch, the current rule will restrict visa issuances to the period of submitted contract plan subject to maintenance period of the requisite employer-employee relationship. A detailed itinerary with corroborating evidence will be required if services are to be performed at multiple locations.

Along with H-1B visa permits, H-4 visas are issued to spouses of H-1B visa holders who are allowed to work in the USA. In the absence of H-4 visa, spouses cannot be employed while H-1B visa holders seek permanent resident status – a process that usually takes long time. Plans had been announced in April 2018 to end allowing spouses of H1-B visa holders to work legally in the US. The move could have a devastating impact on more than 70,000 H-4 visa holders who have work permits. However, there is some reprieve on this aspect as per the latest update. At the end of the month of June, the DHS has not given any explanation to the US district court of Columbia which is hearing an on-going petition, against the decision for not issuing the notice of proposed rulemaking (NPRM), which would have formally kicked off the process to terminate work authorization to spouses of H-1B visa holders.

Going forward, apart from increasing compliance requirements, tight visa norms will also add to cost pressures and Indian companies have already begun ramping up onshore hiring. leading companies are also increasing their proportion of offshore work to reduce dependence on such visas. The magnitude of such shifts is expected to be marginal as only certain services are amenable to higher offshoring (Testing, IMS) hiring compared to others, these are expected to continue.

Sluggish economic growth in developed countries has slowed down Indian IT industry’s growth, leading to lower demand for IT services. The revenue growth for the Indian IT services sector (eight large companies) declined to 9.7% in FY2017 (April to March) and 4.2% in FY2018 from 17.1% in FY2013-2017 period.

It ought to be mentioned that factors such as lower growth opportunities for the IT sector as well as shift to digital technologies, which rely on automation have led to the lower requirement of a skilled-labour workforce and demand for H-1B visas. The trend is also reflected in the decline in net hiring by leading IT Services companies as well as applications made for H-1B visas.

The lower demand for H-1B visas is reflected in the fewer applications received for approval on a Y-o-Y basis. The H-1B cases approved for initial employment in FY2017 come from the FY2018 H-1B lottery held in April 2017, which means these numbers reflect individuals who started working on a new H-1B petition in FY2018 (which started on October 1, 2017). For FY2018, the USCIS received 199,000 applications compared to 233,000 applications in FY2015, a reduction of 15%. The number of applications received in April 2018 (FY2019) declined further to 190,000, reflecting lower requirement of H1-B visas by the IT services sector, which is the major user of such visas. With fewer applications, the share of computer-related occupations in the initial employment visas issued has also come down to 61.8% in FY2017 from 65.1% in FY2014.

Changes that will disqualify positions currently eligible for H-1B visas, thereby impeding the movement of low-cost skilled labour from India, will have a direct bearing on margins of Indian IT services companies. Similarly, the awarding of H-1B visas, based on highest skill or compensation, will leave reduced headroom for Indian companies to get such visas. Increased onsite hiring or raising the compensation for H-1B visa applicants will have a significant negative impact on the margins of Indian companies. While the impact will be company-specific, depending on H-1B visa dependence, larger companies will continue to enjoy a cushion in terms of significant liquidity built over the years as well as relatively-higher margins compared to mid-size players.

Posted by: DQINDIA Online
View more posts
Tags:H-1B, H-1B visa fraud
The H-1B Visa Conundrum 4 out of 5 based on 1 ratings. 1 user reviews.
Securing Your IT Organization For The New Normal
Security is Going To Be The Basic Enabler For Any Connectivity Solution