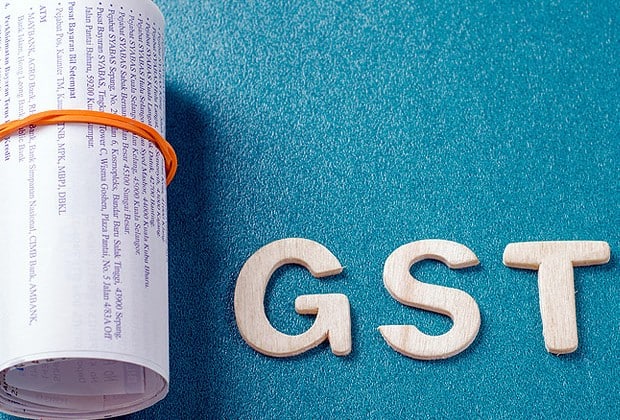 The Goods and Services Tax (GST) bill is one of the biggest tax reforms the country has seen after liberalization of economy in 1991. This move has sent positive signals in the global investor community as prospects of attracting FDI for Government’s flagship programs such as ‘Make-in-India’ and ‘Startup India’ have increased. But the ride to implement GST is not going to be easy. Many businesses and states are in state of flux, given the short timeframe to implement GST. Particularly in the absence of a law that can clearly dictate the rules, it is hard to align tax departments by April 1, 2017. Many organizations with large set-ups are howling over a lot of complexities in their processes as one of the reasons.

Quizzical businesses are trying to figure out ways that can help them to comply with the GST guidelines in the shortest possible time. Tax departments in most organizations are relying heavily on technology to streamline the GST process. There is one thing which organizations have to realize pretty early and that is the role of CIO in helping them to embark upon the GST compliance journey. Tax managers do have the similar feeling as the entire tax and billing process in most of the top corporations in India is tech-driven.

In order to understand the gradations of the GST act, Dataquest spoke to an esteemed panel across the wide spectrum that included tax heads from top companies, law firms and technology firms which help customers to handle their business and financial processes. The agenda was to clearly peer through the difficulties and ways to get GST-ready in the shortest time possible.

IMPACT ON THE BUSINESS
As discussed, implementation of GST will impact business houses and organizations significantly as their processes would need to be compliant with GST. It is a challenge but at the same time experts and economists believe that businesses can turn this challenge into an opportunity to transform their taxation and supply chain completely. “At our end, complexities are many as GMR has three types of businesses – Infrastructure, Airports and Energy. We are looking at the impact of the GST law on our business. We are also trying to understand within and outside the organization, how it implies in the short and the long term for US. Technology is a critical aspect of the GST which will help us to take the compliance on the fast-track and have a reassessment of various on-going contracts,” says Sanjay Gulati, Group Vice President- Corporate Tax –IDT & Litigation, GMR Group.

Most of the organizations with multiple businesses and widespread reach are finding it difficult to comply with GST by April 1, 2017. In most discussions, experts and businesses bring forth the case of Malaysia which implemented GST in 2015 after dilly-dallying for years on fringe issues. For a country like Malaysia which is far smaller in size when compared to India, it took about 18 months to implement GST. Given this, there are undertones seeking more time to roll out GST. The biggest hindrance irking the companies is the absence of rules which are expected to be finalized in November 2016 which means that organizations would be factually left with merely four months to align with GST.

Since GST is scheduled to be implemented by April 2017, the final tax rates are something which will deter the road to reaction. It is probable that the government seeks additional revenue to offset its deficit and compensate states for the envisioned loss. Taking the case of various industries into mind, GST is going to mean a lot of things to a lot of verticals. For Pharma, GST has come like a new ray of hope. Organizations like Dr Reddy’s believe that provisions in the GST are expected to help in the times to come. “While we have done the risk assessment for GST, we are hoping that tax rates will be in our favor. One of the biggest things we can expect from GST is transparency. We do not have to pay many hidden taxes which we end up paying generally due to anomalies in the existing indirect tax system. For Pharma, we do not think that there would be any impact on the supply chain. However, procurement will be a challenge as we deal with a lot of suppliers from different parts. We have begun to make moves to embrace GST in the shortest time possible,” shares Simachal Mohanty, Head – Global Taxation at Dr. Reddy’s.

HIGHER COST OF GST COMPLIANCE
GST is said to help organizations in the long run but is going to irk in the short term with a lot of compliance- and administration-related mundane but mandatory things. While every organization finds it a good step forward, majority is surrounded with doubts and dubious implications. Taking the viewpoint of a technology provider such as Wipro – tells you that compliance cost of GST is going to increase regardless of the size and vertical. “Keeping the IT services sector in mind, it is easy to weigh the impact of GST against the GST rate which would be decided. However, it can be measured on three key parameters – structure, compliance and administration. Once GST becomes real, organizations providing services to clients with presence in 29 Indian states may have to deal with levies in these states. Invoices in that case are going to be 20 pages long. In this way, GST will increase complexities. However, the role of technology will be crucial in handling and managing such issues. In short, the cost of compliance is going to be much higher,” suggests K Balasubramanian, Global Head – Tax at Wipro.

The resonance of the cost of compliance captured each panelist’s comment. Agreeing with Balasubramanian, Vinay Sethi, Market Development Leader – Global Tax, Thomson Reuters also expressed his concerns about the rosy part which GST promises. “The thought that GST is nothing but a refinement of the existing tax system is an underlining fact. Government has tried to do away with its problems by throwing the onus on tax paying businesses. Through GST 90% of the problems which used to reach government would be handled by the companies themselves. Hence there would be further cost attached to GST compliance. In my opinion, it would take at least 3-4 years for GST to mature,” says Sethi.

Sethi further adds that the companies need to align their IT processes carefully to match the compliance requirements. While there are more beneficiary industries, service sector is said to bear the burn. Service providers will have significant problems in issuing invoices to their clients operating in multiple states where levies differ. According to Sethi, Government has just developed a mechanism in which it has transferred its responsibilities to the taxpaying companies.

Despite the doubts, GST is said to strengthen businesses and prepare them for the future. Even though the cost of compliance is higher in the beginning, it will eventually remove the redundancies, complexities and mundane formalities thereby paving way for smooth functioning in any part of the country. And the silver-lining, as other experts believe, is that GST is going to open up more opportunities and further expand the entrepreneurial culture in India.

For organizations, the short time is pinching hard. Their argument is that four months is going to be a very short time to align business processes. “Accelerated pace at which corporate have to work to comply with GST norms is far too ambitious an expectation on part of the Government. There is more time required to set things right to work in the new tax regime. While the government would be ready, businesses would need a little more time,” believes Prashant Pillai, Head – Tax and Accounting Business & Market Development, Thomson Reuters.

Most members in the panel vouched for extended deadline. One of the experts –V Sivasubramanian, Director, Lakshmikumaran & Sridharan – talks loudly in favor of GST. “Let us not cry too much about the time. We must note that the Constitution Amendment is in place and if the government does not implement it by September 2017 which is the uppermost limit, it will lose the benefits. In addition, it is a law which will evolve over time. The gaps can be minimized and filled as the maturity grows,” counters Sivasubramanian. Besides, other experts do also tame a positive mind-frame and believe that while this deadline may be a difficult one but it can be achieved.

WILL A PATCH MEND YOUR ERP FOR GST?

Most ERP vendors are in the fray spreading words about their new patch which can help businesses to comply with GST in no time. However, experts in the panel caution and advise on taking a parallel approach to GST as there will be several angles which cannot be handled in the traditional ERP systems. “Organizations must take a parallel approach to GST if they want to reap the real benefits in the long run. CIOs/IT heads can be taken into confidence to build a fresh and parallel line of systems,” argues Pillai.

The discussion also put spotlight on the key technology aspects of GST for which the initiative has to be taken by the user organizations. Since intricacies in the processes of large organizations cannot be taken out without the use of technology, IT head’s or CIO’s role becomes equally central.

In essence, GST has opened up opportunities for businesses in more than 160 countries and helped them to go beyond the physical constraints to spread exponentially by harnessing digital prowess. It is India’s turn to opt GST consistently for developing a business friendly ecosystem. There is no system which is perfect. GST is a journey which has just begun and which will mature as the time passes.