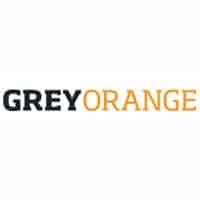 After successful implementations across several markets in Asia including India, GreyOrange, a multinational robotics company announced its entry into Indonesia, with the installation of its 50th Sorter at Pos Indonesia.

Pos Indonesia is the national postal company which distributes parcels and mail across Indonesia, South East Asia’s largest and fastest growing e-commerce market. This high performance advanced sortation system at Pos Indonesia strengthens GreyOrange’s hold in the last-mile delivery space and in a new geography. GreyOrange is a multinational technology company that designs, manufactures and deploys advanced robotics systems for automation at warehouses, distribution and fulfilment centers. Ranked among the world’s Top 50 Robotics Companies by Robotics Business Review two years in a row, GreyOrange has been at the forefront of supply chain automation innovation, democratizing such solutions for various industries.

Gilarsi W. Setijono, CEO, Pos Indonesia said, “The growth in retail and e-commerce in Indonesia has been phenomenal and it is well-timed for the Logistics industry to adopt the newest technologies. The increasing demands for fulfilment and last mile delivery – which call for higher efficiency, accuracy and traceability – have grown steadily. We needed a Sortation system that lets us handle a bigger volume so that we are able to fulfill same or next day deliveries accurately and efficiently. The GreyOrange Sortation system lets us do that.”

Nalin Advani, CEO, GreyOrange Asia-Pacific said, “We are pleased that Pos Indonesia has selected the GreyOrange Linear Sorter to handle its fast increasing volumes. This Sorter is our 50th installation globally in under four years, and quite special to us. We are proud to work with the team at Pos Indonesia to design and deploy a sortation system unique for the demands of Indonesia, to deliver the highest throughput and efficiency. We are optimistic about our growth in Indonesia, which will be a strong contributor to our South Asia presence, given the fast growing ecommerce in the country.”

The GreyOrange Linear Sorter, comprising advanced software and a high-speed sorter, has been specially designed for a wide variety of applications to handle high-volume sortation. Within three years of its launch, customers in the e-commerce, consumer goods, apparel and retail industries have commissioned these Sorters across Asia and Latin America.

Indonesia’s ecommerce market, estimated to be the third largest globally, behind China and India, is projected to reach USD130 billion by 2020. Pos Indonesia handles parcel and mail volume exceeding 500,000 pieces per day and provides fulfilment and last mile delivery for government, state-owned enterprises, online entrepreneurs, and major e-commerce platforms – Lazada and BukaLapak among others. The GreyOrange Linear Sorter was selected as it combines a line of high-speed conveyor – capable of handling an assortment of parcels in various shapes and sizes including polybags, plus irregular packages – and advanced software customised to handle the volume and types of parcels and mail specific to Pos Indonesia.

Agus F. Handoyo, Mail and Parcel Director, Pos Indonesia added, “This sortation system was prearranged using a technology-driven approach. Firstly, the end-to-end digitalization results in a system which integrates seamlessly with data used by our shippers, e-commerce companies and customers; from reading barcodes to capturing gross and volumetric weights, and digital images, which leads to faster and easier parcel traceability. In addition, customers get a better experience in terms of accuracy of delivery.

Getting more parcels to their right destinations is important due to the high costs of reverse logistics for parcels returns, especially in Indonesia where locations are spread over 17,000 islands.

Visiting banks, airports or unknown offices to get a certain job done isn’t always a…