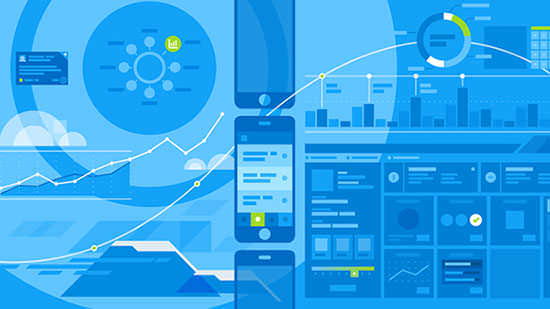 Budget 2017-18 has focused on fostering digital economy on the back of demonetization and reduce overall corruption in Indian economy. The Indian IT-Electronics sector has undergone transformation not only in terms of market size but also electronics hardware manufacturing capabilities have been boosted by government initiatives like “Make in India”.

Nitin Kunkolienker, Vice President, MAIT and Director -Corporate Affairs, Smartlink Network Systems stated, “We were very hopeful that Government would extend duty differential scheme to PC, Laptop, servers and also cover more critical CPE products such as Switches etc as it would have encouraged manufacturing in a big way and would have also created a manufacturing value chain in the country.”  “The domestic value addition of around 20 to 30 percent on Bill of material would have been feasible and  would have also helped in creating a good export potential from India to be aligned with ‘Net zero import’ strategy of government and we will continue to impress upon MEIT, MOF and other authorities on this,” further elaborated Kunkolienker.

Noting that the budget does not have solid impetus for Make in India, BS Sethia, Past President ELCINA and Co-Chairman Policy Committee said, “domestic value added manufacturing is not supported by the budget and it will encourage imports especially of POS Machines, Micro ATMs and Scanners to promote cashless economy as all duties including BCD, CVD and SAD have been waived. The industry had recommended differential duty or imposition of BCD on the finished products to give an immediate boost to their assembly. Waiver of all duties will result in a flood of imports without enabling creation of a local industry and a big opportunity for manufacturing these products in the country would be lost.”

“In case of LED Lights, Fixtures and LED Drivers and its parts, BCD has been prescribed at 5% and CVD/Excise at 6%. Almost all mechanical and electromechanical parts as well as LED Drivers for LED Lights are manufactured in India in good numbers and were subject to 10% BCD. Reduction of BCD to 5% on these would result in raising imports of these parts,” said Rajoo Goel, Secretary General, ELECTRONIC INDUSTRIES ASSOCIATION OF INDIA (ELCINA).

“Further inputs of LED Drivers have been brought under 5% BCD though presently these are at zero BCD as all are ITA bound. While this could help in enhancing local sourcing of components such as capacitors, resistors, pcbs and connectors but imports are likely to happen without actual user condition to avoid the 5% BCD. The objective of greater local value addition and local sourcing of inputs for Drivers would thus be obviated,” further elaborated Goel.