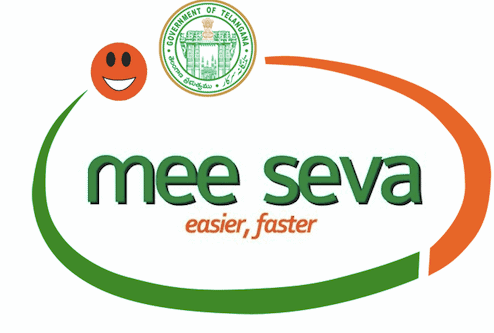 Making government services available to citizens is something that has been and continues to be undertaken by both central and state governments very seriously, as a part of the NeGP (National eGovernance Plan). These initiatives aim to provide universal and non-discriminatory delivery of government services to citizens with more efficiency, transparency and accountability.

One such praiseworthy initiative is the govt. of Telangana’s MeeSeva platform. The initiative won the Gem of Digital Award at a conference that was hosted in Jan 2018 by CMR and Coeus Age, in association with HP Inc. The word MeeSeva stands for “At your service” in Telugu. It’s an online platform that aggregates various G2C and G2B services and provides them to citizens anywhere and anytime. What’s noteworthy about the platform is the pace at which it has grown. In 2017 beginning, MeeSeva offered less than 50 services, but by the end of the year, this number crossed 600+ services from 30+ government departments.

MeeSeva is being run by a semi-government agency called the Mee Seva Franchise Owners Welfare Association. In Nov last year, six years after it was established, the association celebrated 10 crore transactions across Telangana on the platform. Since its inception, the franchises that mediate these services have expanded to 4,758 across 31 districts in Telangana. This is quite an achievement considering that the association is semi-govt. The govt. attributes the success to the fact that it has been periodically increasing the commission charges to the franchise owners.

The govt. plans to implement a state-of-the-art applications system by this year to make more services available at the centers, thereby helping increase the commission earned by the franchise owners.

This integrated service delivery platform has transformed government-citizen interface at all levels of administration. Further, to meet the goal of anytime, anywhere service, the Telangana govt. is making all MeeSeva services available on mobile by developing a mobile app called T-Folio. This is a smart move considering that more people access the Internet from their smartphones as compared to computers. Moreover, T-Folio has a multi-lingual interface, which will improve the app’s penetration across the state. This move is also expected to bring down the cost of service delivery and even enable real-time monitoring of feedback and grievances. T-Folio was initiative last year and the govt. of Telangana is likely to launch it this year.

With reference to T-Folio, Sri. G T Venkateshwar Rao-IRS, Commissioner ESD and MD, Telangana State Tech Services said that “in order to provide a high class mobile service to citizens, a mobile app must have an IVRS, SMS gateway, payment system, and USSD. The IT department of Telangana has created a common mobile services gateway infrastructure, which has all these infrastructure elements ready. Once T-Folio is ready, other govt. departments simply have to build their respective mobile apps on top of the infrastructure, and all the services will be available from day one”. This will provide a seamless experience to citizens across all govt. apps that become available. Sri Rao further added that MeeSeva will be first user of this T-Folio, and they’ll move about 150 services to mobile in the first phase.

Security of both Endpoints and the Backend are Critical

All these innovations can proceed successfully only if they’re secured with the right technology. On this, Sri Rao said that they’ll soon be launching a Security Ops Center (SOCS), which will have the latest SIEM modules. Currently, only one or two states in India have this. The SOC will help the govt. of Telangana get much better ability to detect, monitor and counter security threats. Sri Rao also added that besides SOC, securing end-points like printers is also important. “We have a clear objective on how to build stronger and safer system for all applications that are hosted on SDC, as well as cover our endpoints like from a security perspective”, he concluded.

Commenting on this, Nikunj Thakkar, Country Lead-Solution Consulting, Managed Content Services, HP Inc. said the next ‘mantra’ for security is to go beyond the obvious targets. He said that security shouldn’t be looked at merely from point products or tech perspective, but it should be looked at from the point of view of governance risk. He felt that risk assessment should be built into the governance culture and be driven from top-down. Only then can required levels of structural resources and mechanisms be invested at par by the govt.

Risk Culture has to have 3 key metrics to secure continuum for Govt. Systems i.e. Accountability, Responsibility and Empowerment (ERA). Right from top line of authority to bottom line of worker should have cascading ERA to call out risk assessment, identification and mitigation to entity closest to the event. Especially for IT Risks, since IT infrastructure and endpoints are the backbone of NeGP. HP is leading the stack with Endpoint Risk Advisory Services, self-healing endpoints, cyber security preventive tools to automate regular risk assessments, remediation and forensics. With global accolades with exposure, HP proves to be a cyber combat to protect Govt. Systems in India too. Citing this with an example, he said that a Joint exercise between Immigration Department and New Delhi Municipal Corporation discovered 60 fake birth certificates at the root of of 600 suspect’s passports issued. HP Inc. implemented a solution that added multiple layers of content security while printing those birth certificates. “Similarly, there are so many other documents that can be faked, like land passbooks, farmer I-cards for DBT schemes, etc. Protection has to therefore be extended at all levels”, he added.

How LPG subsidy reaches directly into the bank account

India’s eGovernance or Digital India program has been aimed at benefiting citizens directly and, that…