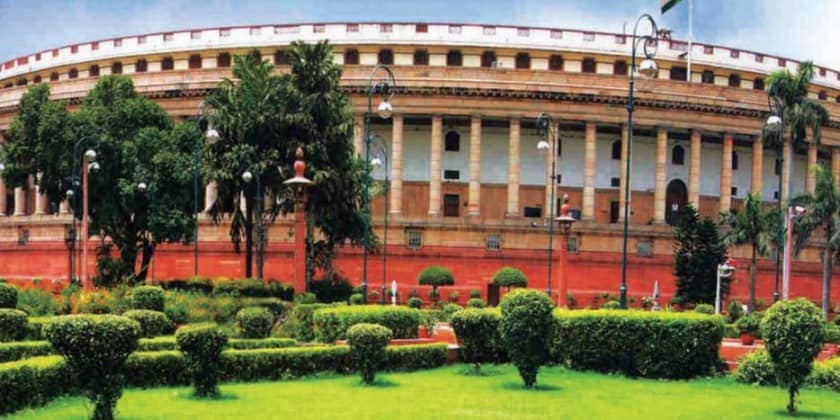 Indian government is aggressively spending on ICT in its endeavor to bridge the digital divide in the country so that every citizen can benefit from various governmentrelated schemes. All the governments in the last few decades have introduced new tools of ICT to ensure transparency in the government departments and ensure hassle-free services to citizens. ICT is being used for various G2C, G2G, and G2B services. While the UPA government focused a lot on various Mission Mode Projects under the National e-Governance Program (NeGP), the NDA government in Narendra Modi’s leadership has tried to intensify it in the form of ‘Digital India’ program. Efforts by various governments in the center and state have paid off significantly. From online passport to online filing of taxes, IT adoption in government is making a visible impact across various departments.

Considering the huge impact of technology adoption on government transparency and efficiency, the Indian government is spending significantly on ICT. The spend accounts for a huge share in the overall domestic IT buying in the country. As per the findings of research firm Gartner, the government IT spending in India will reach $6.8 bn in 2015, an increase of 5.7% over 2014. This forecast includes spending on internal services, software, IT services, datacenter, devices, and telecom services. Gartner has taken into consideration all aspects of ICT consumption by the state and national government.

Gartner’s estimate is only for 2015 since the overall government spend is expected to be much higher on various government-led IT deployments under Digital India and Make in India programs. “As per estimates, the union government’s IT spend through Make in India and Digital India programs and others is pegged upwards $26 bn. Today, the government bodies across the country are looking for an array of solutions from mobility to security, converged infrastructure to services, desktops to datacenters and cloud. The government buying is at the heart of driving growth for the IT industry in the country,” says Raman Bountra, Business Leader, Government Sales, Dell India.

DIGITAL INDIA
Out of IT spending of $6.8 bn as envisioned by Gartner, major portion is going to be spent on Digital India program, which is aimed at building a digital infrastructure in the country and bringing transparency in governance. It is in line with Modi government’s often-repeated line ‘Minimum government and maximum governance’. Digital India aims to transform India by offering seamless high-speed broadband connectivity, thereby offering a platform for individuals and organizations to work from rural areas and small towns.

A few months ago, Dataquest interviewed RS Sharma when he was the IT secretary of the Department of Electronic and Information Technology (DeitY) to get an insight into Digital India program. Sharma outlined, “The Government of India has approved the Digital India program with a vision to transform India into a digitally empowered society and knowledge economy. Digital India is an ‘Umbrella Mission’—covering many departments, weaving together a large number of ideas and thoughts into a single, comprehensive vision so that each of them is seen as a part of a larger goal. Each individual element stands on its own, but is also part of the larger picture.”

The National e-Governance Plan (NeGP) was approved in 2006 with a focus on electronic delivery of services. Twenty four (out of 31) mission mode projects under the NeGP are operational providing a wide range of services. It was felt that despite the successful implementation of several eGovernance projects across the country, it could not make the desired impact for delivering public services. Hence, a need was felt to enhance the scope and quality of eGovernance in the country by bringing in transformational government process re-engineering, focusing on integrated services, interoperable systems, and making the best use of the emerging technologies. Therefore, ‘eKranti’ or NeGP 2.0 with a focus on electronic delivery of services was conceptualized.

BUSINESS OPPORTUNITY FOR TECH COMPANIES
The government sector is expected to drive the domestic buying in the country in the coming years. In FY14, tech companies did not get much from the government sector since the NDA government was in a planning phase and was still working on developing the roadmap for mega projects such as Digital India, smart cities, and Make in India. However, there is a huge potential for tech companies in the coming years.

Zinnov estimates that ICT opportunity in the government sector is close to $26 bn. It comprises investments in digitization, infrastructural improvements, and push for manufacturing and technology in healthcare and agriculture. The report claims that there is a sizable opportunity for technology MNCs to target, considering the scope of investment in digitization across government functions.

“The new government plans to take digitalization to the next level by implementing the digitalization of agriculture & PDS data, enabling eGovernance and mGovernance, facilitating the National Rural Internet and Technology Mission, using IT for real-time information gathering, and the digitization of all government files. In the past, the government has engaged multiple MNCs such as IBM, HP, and Cisco for digitization projects,” commented Praveen Bhadada, Senior Director, Zinnov when this report was launched late last year.

The five growth levers—Digital India, India as the Innovation Hub, Next-Gen Infrastructure, Enhance Ease of Doing Business, and Revive Manufacturing—will be executed by focus on 3S—skill, scale, and speed propelled by technology, the report says.

The government has defined a three-pronged strategy to make India an innovation hub. Firstly, through enabling skills by the establishment of more premier institutes such as IITs and IIMs and the development of innovation accelerators supported by innovation infrastructure. An innovative ecosystem fosters high quality research. Secondly, giving proximity to customers will accelerate and improve India-centric product development. And finally, innovative ecosystem will allow joint R&D efforts across industries for accentuated product development. MNCs have been leveraging the Indian innovation ecosystem to develop products for the Indian customers.

So far, technology MNCs have played a crucial role in the establishment of next-generation infrastructure. If the report is to be believed, the Indian government plans to invest $11 bn in the key focus areas to drive the next wave of technology-backed infrastructure growth. The key focus is to create national optical fiber networks and build 100 smart cities with high-speed digital highways along with national solar missions and national gas grids, the report added. The government has also planned for simpler and well-defined tax policies to aid businesses.