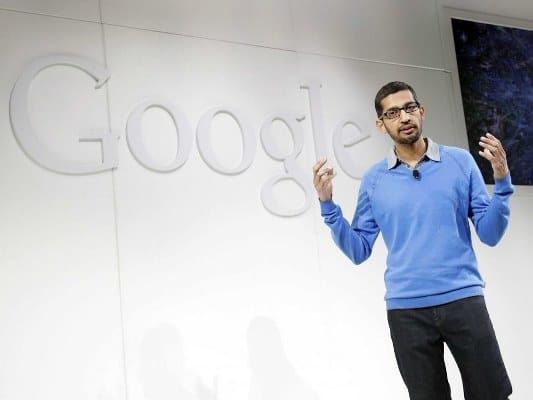 “I’m excited about Alphabet’s long term focus on tackling big challenges through technology. Thanks to Larry & Sergey, we have a timeless mission, enduring values and a culture of collaboration & exploration – a strong foundation we’ll continue to build on,” tweeted Sundar Pichai on his appointment.

Larry Page and Sergey Brin conveyed their decision to step down through an open letter. “With Alphabet now well-established, and Google and the Other Bets operating effectively as independent companies, it’s the natural time to simplify our management structure. We’ve never been ones to hold on to management roles when we think there’s a better way to run the company. And Alphabet and Google no longer need two CEOs and a President. Going forward, Sundar will be the CEO of both Google and Alphabet. He will be the executive responsible and accountable for leading Google, and managing Alphabet’s investment in our portfolio of Other Bets,” says the letter.

Both Page and Brin will continue to be actively involved with Google and Alphabet as Board members, shareholders and co-founders, adds the letter. The co-founders also add that Sundar Pichai Sundar “brings humility and a deep passion for technology” to users, partners and the company’s employees.

“I want to be clear that this transition won’t affect the Alphabet structure or the work we do day to day. I will continue to be very focused on Google and the deep work we’re doing to push the boundaries of computing and build a more helpful Google for everyone. At the same time, I’m excited about Alphabet and its long term focus on tackling big challenges through technology,” said Sundar Pichai through a blog.

Sundar Pichai, who was born in Madurai, Tamil Nadu, India, completed his degree in metallurgical engineering from the Indian Institute of Technology Kharagpur (IIT Kharagpur). He also has an MS from Stanford University in material sciences and engineering and an MBA from the Wharton School of the University of Pennsylvania

Data science jobs in India is expected to see 1.5 lakh new openings in 2020,…