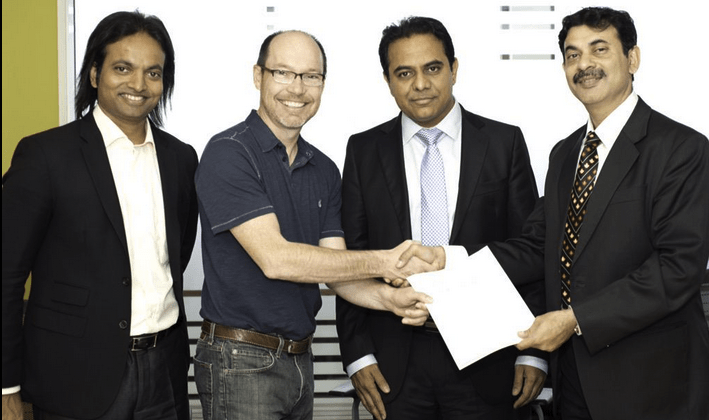 When K T Rama Rao, Telangana’s IT Minister Tweeted from Google HQ in Mountain View out of California stating that: “ Excited to announce that Google and Govt of Telangana have inked an MoU to build their largest campus in Hyderabad and Google’s first campus in Asia with 2 Million sq ft space would be built at an investment of Rs. 1000 crore and in four years.”

The excitement was palpable.

This was a major big ticket investment that has come into India in the recent times and particularly in the last 2 years have been hard for Hyderabad from a IT investment perspective as all the unrest relating to statehood for Telangana had dampened the overall investment climate in the state. But with this announcement, it’s clearly a major confidence booster for Hyderabad.

According to news reports, Telangana Government has allocated around 7.2 acres to Google at Gachibowli, area, which is the IT hotspot with IT majors like Microsoft already having its biggest R&D centers outside USA. Now Google will also join this elite league of companies and will build a 2 million sq.ft facility that will employ around 13, 000 engineers and is expected to be fully  operational in the next 4 years.

Once on completion, this facility in Hyderabad will be Google’s  biggest outside its Mountain View campus and is expected to house range of Google’s R&D activities. Google, according to some sources is expected to consolidate all of its operations in India to Hyderabad and make it as Asia’s hub for various R&D activities.. Google already have four facilities in India in Bangalore, Hyderabad, Gurgaon and Mumbai.

In yet another interesting development, Hyderabad will be the first city in India to have Google Street view and according to Rama Rao, he also had productive discussions with Google education team to collaborate in the digital literacy mission of Telangana.