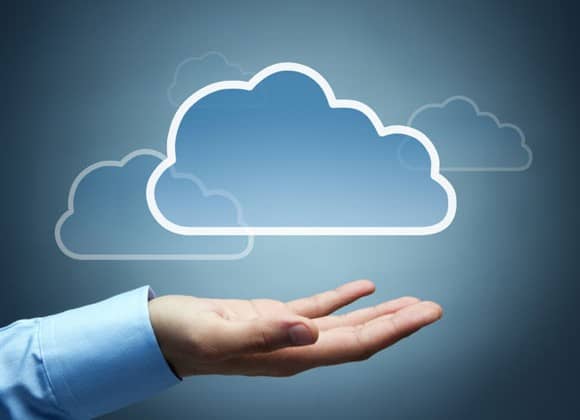 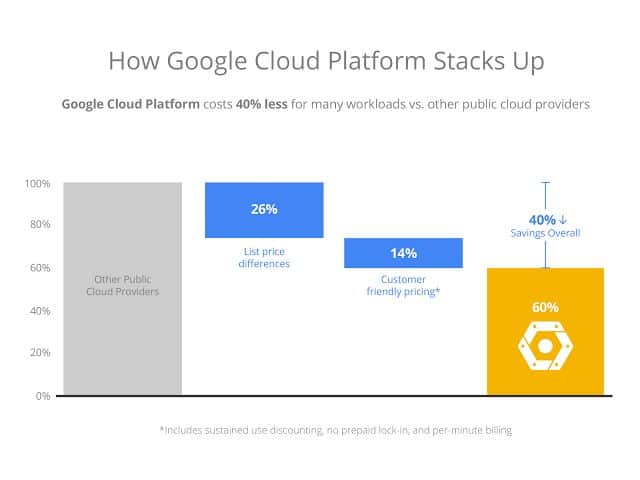 In the battle for supremacy in the cloud, Google has fired the first volley by cutting prices by 30%. In a blog post, Google said, “Compared to other public cloud providers, Google Cloud Platform is now 40% less expensive for many workloads. Starting today, we are reducing prices of all Google Compute Engine Instance types as well as introducing a new class of virtual machines that delivers short-term capacity for a very low, fixed cost.”

Last year, Google had committed that the Google Cloud Platform prices will follow Moore’s Law, and effective yesterday, it announced that it was reducing prices of virtual machines by up to 30%.  Google claims that its cloud platform costs 40% less for many workloads versus other public cloud providers.

Google has continued to lower its pricing since Google Compute Engine was launched in November of 2013; together, these price cuts have reduced VM prices by more than 50%.

Google said that the combination of sustained use discounting, no prepaid lock-in and per-minute billing offered users a structural price advantage which will become apparent when organizations consider real-world applications.

Explaining with the help of an example, Urs Hölzle, Senior Vice President, Technical Infrastructure, said, “Consider a typical web application or mobile backend. Its development environment supports software builds and tests, presenting a bursty, daytime load on cloud computing resources. The production environment handles actual user traffic, with a diurnal cycle of demand, aggregate growth over time, and a larger overall footprint than the development environment. The developer environment would benefit from per-minute billing because it can be turned on and off more quickly and you only pay for what you use. The production environment would benefit from sustained use discounting, up to 30% additional discount with no upfront fee or commitment, because it always needs to be on.”

For clearing any doubts that customers may have, Google has even thrown in a TCO Tool that let customers explore how different combinations of development and production instances, as well as environmental assumptions, change the total cost of a real-world application hosted in the cloud. You can compare prices for Google Cloud Platform vs. Amazon Web Services using this TCO tool.

Taking a swipe at its competitors, Google said that many factors influence the total cost of a real-world application, including the likelihood of design changes, the rate of decrease of compute prices, and whether a customer has been locked into price contracts which are now above market rates, or on instances that do not fit current needs anymore. With Google Cloud Platform, a customer is not required to make a long-term commitment to a price, machine class, or region ahead of time.

Cloud4C teams up with Google Cloud to build Centre of Excellence

Cloud4C, the cloud managed services provider, is collaborating with Google Cloud to build a Centre…