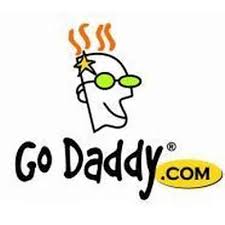 GoDaddy Inc., the world’s technology provider dedicated to small businesses, announced availability in Hindi, Marathi and Tamil to enable more small businesses (SMB) across India to build strong online presences. GoDaddy SMB products, its website, marketing, and award winning customer support will be available in the three new languages, helping to empower the 88 percent of India’s population which is not conversant in English.

GoDaddy is the first internet domain registrar and web hosting company in India to go local and offer products and customer service in regional Indian languages. The strategy is led by a vision to develop and rollout localized language offerings which mirror India’s Internet growth, a bulk of which is coming from regional locations that are also hotbeds of SMB and entrepreneurial activity in the country. Research from Target Group Index (TGI) suggests that as much as 61 percent of India’s prolific internet growth is now coming from its regional belts.

“The growth of India’s internet and initiatives such as Digital India are intrinsically linked to millions of small businesses coming online and leveraging technology to drive business growth. In a country, where 22 languages are recognized and more than 1500 dialects spoken, local languages play a significant role. I am happy to learn that GoDaddy, a leader in the domains and hosting industry is taking the lead to launch its products and services in multiple Indian languages. This will go a long way in helping bring India’s SME and their businesses online,” said Rajiv Bansal, CEO, NIXI.

“GoDaddy is committed to helping small businesses grow and in helping eliminate barriers that prevent them from getting online. By localizing customer touchpoints, including our website, customer care, marketing and products, GoDaddy is focusing on being closer to its customers,” said Rajiv Sodhi, Vice President and Managing Director, GoDaddy India and Australia.

India is the world’s second-largest internet market and is also home to the second-largest SMB base globally, with over 51 mn business that form the very fabric of its economy. According to data from TGI, 73 percent of those SMBs are located in India’s tier two and three cities. That said, according to 2015 survey by RedShift Research and GoDaddy, around 63 percent of India’s small businesses don’t have their own website. For most of these businesses, building a digital presence can be seen as complex and intimidating, and since a majority are non-English speaking, their ambitions of having an effective online presence may seem perceptibly beyond their reach. GoDaddy’s customer touchpoints now available in Hindi, Marathi and Tamil, can go a long way in helping India’s SMBs overcome language barriers and go online with ease.

A significant aspect of GoDaddy’s regionalized offering is a highly localized, integrated and multi-lingual marketing campaign. Along with digital advertising, the campaign features a new television commercial in Hindi, Marathi and Tamil showcasing the journey of a traditional small business owner woven around the classic and symbolic song ‘Nanha Munna Rahi Hoon’ to inspire India’s budding entrepreneurs to dream and follow their ambitions. GoDaddy’s marketing in local languages aims to educate scores of SMBs and entrepreneurs in India about the benefits of having a compelling online presence and what it can do for their businesses.

Headquartered in Scottsdale, Ariz. U.S.A., GoDaddy also has offices across other locations including in Washington, Massachusetts, Iowa and California in the U.S., and international locations in Australia, Brazil, Canada, India, Mexico, Netherlands, Singapore and in the U.K.