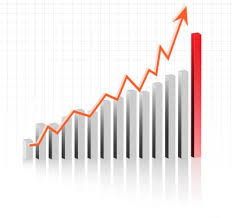 The results of a global study commissioned by CA Technologies has revealed Enterprise Big Data strategies are delivering key benefits to organizations despite noted challenges in implementation. Most notably, nine in 10 organizations are experiencing or anticipate seeing, more effective targeted marketing and selling campaigns. Additionally, 88 percent see or anticipate increased revenue. These benefits are impressive despite 92 percent of respondents citing obstacles to their Big Data projects.

Yet the benefits clearly outweigh the obstacles as 84 percent of large organizations have already, or plan to, implement a Big Data project within the next year. Managers cite improving customer experience (60 percent), acquiring customers (54 percent) and keeping up with competition (41 percent) as critical business factors and major drivers for deploying Big Data projects.

“This research uncovers the promise of Big Data and its application to a broad range of organizational priorities,” said David Hodgson, general manager, Mainframe, CA Technologies. “While organizations face challenges in tackling complexities associated with implementation efforts, the results overwhelmingly demonstrate that companies are committed to developing and deploying fully integrated Big Data strategies. By overcoming the obstacles, companies can successfully compete in the application economy.”

The amount of data organizations have has increased by an average of 16 percent in the last two years, which is predicted to rise by a further 24 percent in the next two years. The benefits of implementing Big Data projects as a way to succeed in the application economy ultimately outweighs the challenges for businesses. On average, respondents have experienced improvements of up to 21 percent due to successful Big Data projects.

GB WhatsApp for iOS and Android Can Get Your Number Banned Permanently: Here’s Why

Amazon India claims to have created over 1,35,000 new jobs across industries in the last…