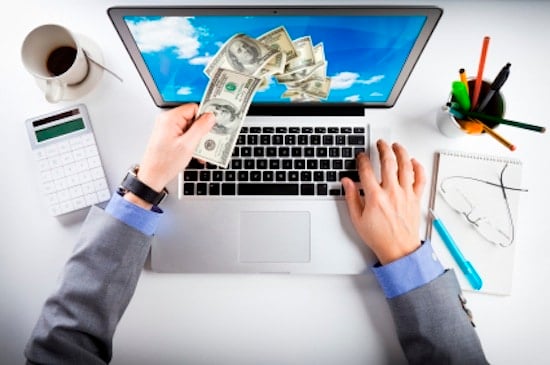 Worldwide IT spending across vertical industries is forecast to total $2.69 trillion in 2015, a 3.5 percent decrease from 2014, according to the latest forecast by Gartner, Inc. Analysts said the rising U.S. dollar is chiefly responsible for the slowdown.

“Appreciation of the U.S. dollar (mainly against the euro, yen and the ruble), along with the relative slowdown of emerging markets (particularly Russia, Brazil and China), had a double impact on IT spending in 2015, and explains the downward revision in the forecast,” said Anurag Gupta, research vice president at Gartner. “Unsurprisingly, most technology firms reporting revenue in U.S. dollars have taken a negative hit on their quarterly revenue earnings.”

Although all industries are expected to experience negative growth in 2015, given currency exchange rates, Gartner’s projections for the top three growth industries are consistent with the previous quarter’s forecast, with retail, banking and securities, and healthcare providers leading industry growth (see Table 1).

IT spending in the retail sector is forecast to decline 1.5 percent in 2015. Technologies that help understand customers better, improve engagement through multichannel experience and facilitate the buying process are high-priority areas. Within stores, creating IT infrastructure to accept various mobile payment systems and digital wallets will be high-priority items in the second half of 2015. We also see continuing infrastructure investments in new point of sale (POS) terminals, as merchants in many countries comply with the October 2015 deadline to convert to new systems, whereby, the liability will shift from credit card issuer (such as Europay, MasterCard and Visa [EMV]), to merchants for accepting nonchip, PIN-based cards.

Even as IT spending in the banking and securities segment is forecast to decline 2.4 percent in 2015, Gartner expects banks in developed markets to double their IT budgets to support digital and other new technology initiatives through 2019 while reducing legacy maintenance, to sell products, service customers and reduce operational costs.

“As banks grapple with growth and regulation issues, while battling new financial technology competitors, they will also look to invest in data solutions, driven by availability of big data, analytics tools and competition from fintech companies that rely on big data and analytics more to reach the right customer and analyze the risks,” said Rajesh Kandaswamy, research director at Gartner. “Cybersecurity remains an area of focus for executives in consumer banking segments, while an emerging area of interest is smart machine technology, including artificial intelligence, robotic process automation, intelligent analytics and deep learning.”

In the healthcare provider industry, IT spending will decline 2.7 percent in 2015. The U.S. is the largest healthcare IT market globally, and it accounts for about 40 percent of the overall spending. It is also a focus of global attention by information and communication technology firms due to the current ongoing investments in healthcare IT, driven mainly by the government’s Health Information Technology for Economic and Clinical Health (HITECH) Act, which provides financial incentives for hospitals and physicians to invest in IT, including electronic health records and other health information management systems.

“Planning, implementation and upkeep of such health systems are deriving spending in areas from consulting and core infrastructure to various health-specific applications,” said Jennifer Mazzucca, senior research analyst at Gartner. “Several major healthcare investments are expected across other global health systems in 2015, led by governments in Europe and the private sector in Asia and South America. We forecast healthcare institutions to increase their spending on telehealth technologies by more than 15 percent annually, although starting from a very low base.”

Posted by: DQINDIA Online
View more posts
Tags:gartner, Global IT Spending
Global IT spending across vertical industries to decline 3.5 percent in 2015, says Gartner 0 out of 5 based on 0 ratings. 0 user reviews.
Now, you can use your FreeCharge mobile wallet to shop at Shoppers Stop retail outlets
Government IT spending in India to reach $6.88 billion in 2015, says Gartner