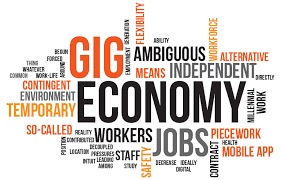 Gig economy is rising steadily as revealed in a recent survey report, ‘Gig Economy: How Free Agents Are Redefining Work’ by Kelly Services. Significantly, in India, 39 percent of the surveyed candidates and hiring managers are favorable to freelance roles which indicate they are geared up to embrace gig economy in a big way. This would be an interesting shift in India as organizations adopt and experiment different hiring models.

Similar headwinds were noticed in other APAC countries – in Hong Kong, 55 percent of those surveyed are willing to embrace the gig economy trend while in Vietnam it is 50 percent. Candidates in Malaysia are least open to gigs as only 37 percent agreed to work on freelance or contract jobs. So, what forces are driving candidates to choose gigs? Across APAC region, the top reason candidates prefer gigs is because they value flexible working (60 percent). Besides flexible working, in India, the other top reasons are more money (47 percent) and role and skill alignment (47 percent).

“Gig economy is gradually percolating across sectors, including the traditional sectors. Employer organizations need to align to these changing times and integrate contingent workforce strategies into their hiring models. A well-planned talent strategy that has the best of different models of talent engagement will give companies the competitive advantage,” said Thammaiah BN, Managing Director, Kelly Services India.

The report also studied the positive and negative impacts of gig economy from both employer and employee perspective. Interestingly, only positive impacts were cited by the respondents in India – gig economy saves money and results in increased employee satisfaction and productivity. In Hong Kong, Indonesia and Singapore, negative impacts of gig economy outweighed the positive effects of it. Respondents in these countries cited that organizations face workforce integration challenges and there was a feeling that workers may lose their protections.

Another key insight from the report is that Generation Z (61 percent) across APAC region agree contract-based roles are more popular amongst jobseekers than permanent full-time roles. Hiring managers in APAC also reflect this view as 47 percent of them agree that workforce preferences are shifting away from traditional permanent full-time roles. The acceptance levels for contract-based roles among other generations is much lower – Generation Y (40 percent), Generation X (42 percent) and Baby Bloomers (41 per cent), the survey shows. More importantly, the survey found that across the region and industry, technological, demographic and market forces are driving these changes and they are more likely to accelerate than slow down.

VMware, the cloud infrastructure and business mobility announced the roll out of the 2018 “Tomorrows…

Getronics has announced Mukul Jain as the new CEO of Getronics APAC, following changes to its…