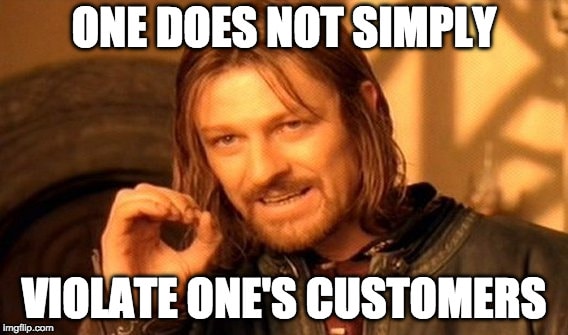 If you have recently spent any time checking your mails, you would have noticed increase in the number of emails various websites are sending you. Under GDPR, you have to give explicit permission for a company to keep emailing you.

Obviously most companies who contact you are very keen to continue doing so. That’s why companies are sending you messages asking you if you want to stay on their mailing lists.

People who got annoyed by such mails did what they are best at – make meme while the sun shines.

DO YOU STILL WANT TO GET OUR EMAILS AFTER GDPR TAKES EFFECT? pic.twitter.com/oyx65FHNTC

This is hilarious! @Spotify has a I <3 GDPR playlist!

Move on, just move on pic.twitter.com/g87vvsZDK2

Did you just say “GDPR”? pic.twitter.com/6S6R8WB4Yx

Who would have thought internet regulation could be so funny?