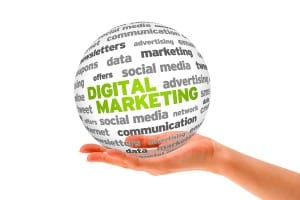 These findings are included in Gartner’s Digital Marketing Spending report that is based on a survey of 315 individuals located in the U.S., Canada and the U.K. Respondents represent organizations with more than $500 million in annual revenue across six industries: financial services, high-tech, manufacturing, media, retail and transportation, and hospitality. The survey took place in July and August 2014 to gain insight into marketing and digital marketing spending priorities and plans for the future.

Not only are marketing budgets remaining healthy, they are forecast to grow in 2015, with half of the companies surveyed planning an increase in 2015. The larger the company, the higher the marketing expense budget as a percentage of revenue — those with revenue of $5 billion or more reported 11 percent, compared with 9.2 percent for those with revenue between $500 million and $1 billion. Marketing budgets as a percentage of revenue varied widely, with 46 percent spending less than 9 percent of revenue, 24 percent spending between 9 percent and 13 percent of revenue, and 30 percent spending more than 13 percent of revenue. The 50 percent of companies planning an increase report their average 2015 increase will be 10.4 percent. Of those, the ones that report outperforming competitors said their planned 2015 increase will be 13.6 percent.

“The line between digital and traditional marketing continues to blur,” said Laura McLellan, research vice president at Gartner. “For marketers in 2014, it’s less about digital marketing than marketing in a digital world. Hence, marketers manage a much more balanced and integrated marketing mix than in previous years, which were characterized by online and offline silos. The resulting digital experience moves customers toward a more self-service buying model, allowing reductions in sales budgets that were designed around older, physical models.”

As in prior years, the survey revealed that when it comes to allocation of the digital marketing budget by activity, digital advertising takes the top spot. However, there appears to be less difference between this and other activities this year compared with last year, as marketers hedge their bets. Expenditures for digital advertising will grow in 2015, as brands, ad agencies and publishers invest in ways to deliver more-relevant advertising to people. Fueling this trend is the use of programmatic media, which allows marketers to target the audience they want and automate bidding rules for ads based on the business value they deliver. Nevertheless, the survey suggested that in 2015, digital advertising will share its top ranking with mobile marketing.

With digital marketing spending on the rise, respondents were also asked where additional funding was coming from:

“Gartner’s 2014 CEO Survey found that digital marketing was the No. 1-ranked CEO priority for technology-enabled business capability for investment during the next five years,” said Yvonne Genovese, managing vice president at Gartner. “It therefore comes as a little surprise that the digital marketing spending survey found that over 60 percent of companies that justified an addition to the marketing budget for digital marketing obtained incremental funding from elsewhere in the organization.”

Posted by: Smita Vasudevan
View more posts
Tags:digital marketing, digital marketing spending, Gartner survey
Gartner Survey Reveals Digital Marketing Budgets Will Increase by 8 Percent in 2015 0 out of 5 based on 0 ratings. 0 user reviews.
NIIT and IEEE enter into a global alliance to enhance employability of engineers
“All Our Innovations are Customer Centric”

6 Applications of AI in Digital Marketing

The digital marketing landscape has seen a huge transformation in the last 5 years, and…

iCubesWire, the Digital Marketing Solution and concept provider has bagged the digital media mandate for…