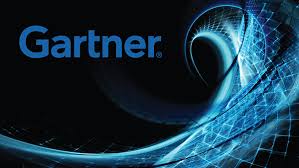 The worldwide x86 server virtualization market is expected to reach $5.6 billion in 2016, an increase of 5.7 percent from 2015, according to Gartner, Inc. Despite the overall market increase, new software licenses have declined for the first time since this market became mainstream more than a decade ago. Growth is now being driven by maintenance revenue, which indicates a rapidly maturing software market segment.
“The market has matured rapidly over the last few years, with many organizations having server virtualization rates that exceed 75 percent, illustrating the high level of penetration, ” said Michael Warrilow, research director at Gartner.

The market remains dominated by VMware, however, Microsoft has worked its way in as a mainstream contender for enterprise use. There are also several niche players including Citrix, Oracle and Red Hat, in addition to an explosion of vendors in the domestic China market.While server virtualization remains the most common infrastructure platform for x86 server OS workloads in on-premises data centers, Gartner analysts believe that the impact of new computing styles and approaches will be increasingly significant for this market. This includes OS container-based virtualization and cloud computing.

The trends are varying by organization size more than ever before. According to Gartner, usage of server virtualization among organizations with larger IT budgets remained stable during 2014 and 2015. It continues to be an important and heavily used technology for these businesses, but this market segment is approaching saturation. In contrast, organizations with smaller IT budgets expect a further decline in usage through to at least 2017. This is causing an overall decline in new spending for on-premises server virtualization.

Gartner believes that organizations are increasing their usage of “physicalization,” choosing to run servers without virtualization software. More than 20 percent of these organizations expect to have less than one-third of their x86 server OSs virtualized by 2017 — twice the amount reported for 2015.

However, the underlying rationales remain varied.The rise of software-defined infrastructure (SDI) and hyper converged integrated systems (HCIS) are providing new options. It has put pressure on best-of-breed virtualization vendors to add more out-of-the-box functionality and provide a better experience and faster time-to-value.”What was considered as the best approach to greater infrastructure agility only a few years ago, is becoming challenged by an array of newer infrastructure choices,” said Warrilow.

More detailed analysis is available for Gartner clients in the report “Market Trends: x86 Server Virtualization, Worldwide, 2016.” Founded in 1979, Gartner is headquartered in Stamford, Connecticut, USA, and has 7,900 associates, including more than 1,700 research analysts and consultants, and clients in more than 90 countries.

AI Will Wave its Magic Wand over Business Processes: 2018 Prediction

Big Data, AI and IoT are currently three of the biggest business trends. Today, if…

White is the new black for data center cabinets

Worldwide server revenue declined 1.9% in the 4th quarter of 2016: Gartner

In the fourth quarter of 2016, worldwide server revenue declined 1.9% year over year, while…