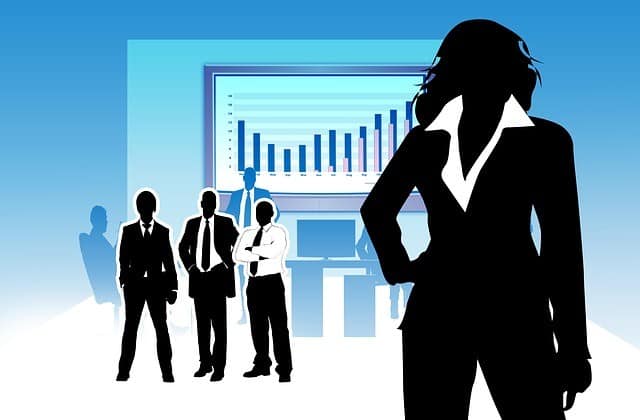 Female CIOs expect to increase their budgets by 2.4 percent in 2015, whereas male CIOs report average increases of just 0.8 percent, according to a survey by Gartner, Inc. The worldwide survey included responses from 2,810 CIOs, representing more than $397 billion in CIO IT budgets in 84 countries. Among the respondents to the 2015 Gartner CIO Agenda survey, 13.6 percent were women.

“For a second year in a row, the women in our survey are expecting greater budget increases than the men,” said Tina Nunno, vice president and Gartner Fellow. “While it’s not entirely clear why this difference exists, further survey data indicates that female CIOs are more concerned about underinvestment in risk initiatives than male CIOs. The risk data, combined with budget numbers, may indicate that female CIOs are more focused on the resource side of the digital equation than their male peers and are, therefore, requesting and accumulating more IT budget money.”

The survey findings underline the fact that a significant majority of CIOs of both genders believe that the digital world is creating new and additional risks in their environment. However, female CIOs are significantly more likely to express concern that investments in risk management and risk management practices are not keeping up with new and higher levels of risk in a more digital world — 76 percent of female CIOs as opposed to 67 percent of males. Female CIOs were also slightly more likely to agree that the digital world is creating new and different types of risk and that agility will be important in dealing with these risks. While the data may indicate that women are more concerned about digital risks, it may also indicate that female CIOs are somewhat more risk-aware than their male counterparts.

According to the data, reporting structure impacts the budgets of male CIOs more significantly and adversely than female CIOs. When male CIOs report to the CEO, they report a significant budget increase (2.8 percent), but their budgets remain essentially flat in all other reporting relationships with the exception of the COO reporting where a slight negative budget trend appears.

Female CIOs expect to receive budget increases regardless of reporting line, and most significantly when reporting to the CFO (3.2 percent) and in the “other” category at 4.2 percent. According to the survey, the most common titles included in the “other” category included CIO/enterprise CIO (denoting that the survey respondent was a business unit CIO reporting to the enterprise CIO), director/executive director, vice president, general manager and chief administrative officer (CAO) in that order of frequency. Several of these titles are CEO equivalents, and therefore the budget increase is consistent with the CEO numbers.

The top five technology priorities identified by the survey are the same for male and female CIOs — with minor variations in order — reflecting a shared focus on analytics, infrastructure and data center, cloud, enterprise resource planning (ERP) and mobile technologies.

“For good or bad, women and men view the top priorities virtually identically,” said Nunno. “Variations in top priorities by gender in past CIO surveys could often be attributed to significant differences in the industries where male and female CIOs worked. However, more recent data shows little difference in the gender dispersion of CIOs across industries, which may account for the consistency in prioritization.”

When questioned more closely about technology leadership, the survey data indicates that female CIOs are more in agreement that analytics are increasing in importance for their organizations. Thirty-two percent of women CIOs agree that there is a shift from backward-looking reporting to forward-looking analytics, and this compared to 22 percent for male CIOs. This difference becomes more extreme when the CIO reports to the CEO, when the percentages become 42 per cent and 23 per cent for female and male CIOs, respectively. Predictive data is foundational to strategic outlooks and discussions, and therefore a high priority for many CEOs.

To a larger extent than male CIOs, female CIOs also agree strongly that new types of information such as social information and multimedia are increasing in importance (19 percent vs. 13 percent), and again this difference is enhanced when reporting to the CEO (23 percent vs. 14 percent). Such variations in gender responses may relate back to differences in how women and men view enterprise risk and the role of information in managing those risks.

Reporting structure had little impact on the top priorities by gender. One exception was digitalization/digital marketing — an important priority for many revenue-focused CEOs — which moved up to third priority when female CIOs reported to the CEO, but remained at sixth priority for male CIOs. When female CIOs reported to CFOs, who tend to be more internally cost-focused, the priority dropped to seventh, while it remained the same for male CIOs. This is one of several instances where the survey data demonstrated that female CIOs are more adaptable to their reporting structure than their male counterparts.

The survey also found female CIOs were slightly more likely to say that they needed to change their leadership style in the next three years than were male CIOs (79 percent vs. 74 percent). However, the remaining data shows little notable statistical variation, indicating that male and female CIOs spend their leadership time similarly and see the need for leadership change almost identically.