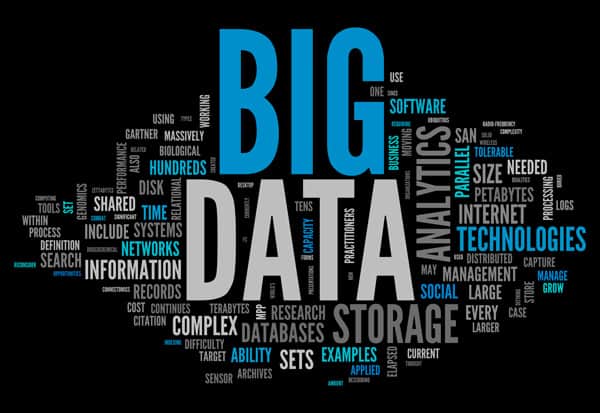 Worldwide IT spending is forecast to surpass $3.6 trillion in 2016, a 1.5 percent increase from 2015, according to Gartner, Inc. The IT industry is being driven by digital business, and an environment driven by a connected world. Gartner predicts spending on Internet of Things (IoT) hardware will exceed $2.5 million every minute in 2016.

Peter Sondergaard, senior vice president at Gartner and global head of Research, explained to an audience of more than 8,500 CIOs and IT leaders at the sold out Gartner Symposium/ITxpo, that interconnections, relationships, and algorithms are defining the future of business.

In five years, 1 million new devices will come online every hour. These interconnections are creating billions of new relationships. These relationships are not driven solely by data, but algorithms.

“Data is inherently dumb. It doesn’t actually do anything unless you know how to use it; how to act with it,” Mr. Sondergaard said. “Algorithms are where the real value lies. Algorithms define action. Dynamic algorithms are the core of new customer interactions.”

“The algorithmic economy will power the next great leap in machine-to-machine evolution in the Internet of Things,” Mr. Sondergaard said. “Products and services will be defined by the sophistication of their algorithms and services. Organizations will be valued, not just on their big data, but the algorithms that turn that data into actions, and ultimately impact customers.”

Digital business is when new businesses designed with both the physical and digital world are brought together. As analog revenue flatten, and decline for many industries, businesses are shifting to digital revenue from digital business. Global digital commerce is now over $1 trillion, annually.

For digital business to succeed, companies are creating innovation units. New digital initiatives are running alongside their traditional analog businesses. The business itself is bimodal.

“Organizations are creating separate business units, focusing on digital, separate from their traditional businesses (Mode 1),” Mr. Sondergaard said. “They are trying new ways of reaching the customer, of running operations, of driving diverse innovation. They are acquiring and investing in digital technology companies, not waiting on existing suppliers to build capabilities because they have to start in a different place.”

He said traditional organizations move too slowly when they build digital on old Mode 1 platforms. The solution is to create a type of bimodal organization, introducing a new Mode 2 platform, with a different emphasis. The Mode 2 platform uses more cloud than in-house infrastructure and applications.

“The new platform is less about data gathering, and more about intelligent algorithms to act on the data. Platforms matter because business as a whole has gone bimodal. You need IT that supports a bimodal business,” Mr. Sondergaard said. “Over a third of CIOs have gone bimodal just within IT, creating innovation units, running at Mode 2 to break out of the traditional, slow, but stable approach, which is Mode 1.”

Today, the Risk and Security officer is mostly concerned with old technology risks. They’ve become obsessed with external hacks, chasing the impossible goal of perfect protection. However, 65 percent of CEOs say their risk management approach is falling behind.

Organizations know this, and they’ve slowly devoted more resources to security, as safety and quality issues have come more dominant factors. Gartner predicts that by 2017 the typical IT organization will spend up to 30 percent of its budget on risk, security and compliance, and will allocate 10 percent of their people to these security functions. That’s triple the levels of 2011.

“You can’t control the hackers. You can control your own infrastructure by using more automation, more outsourcing, and more network-based algorithms,” Mr. Sondergaard said. “Simplify your systems. We must move away from trying to achieve the impossible perfect protection, and instead invest in detection and response.”

Mr. Sondergaard said the average malware lies dormant, unnoticed, for more than seven months before it is activated or detected. IT leaders must get better at sensing these dormant threats.

CIOs need to rethink their security and risk investments. Gartner recommends that enterprises move their investments from 90 percent prevention/10 percent detection and response, to a 60/40 split.

For CIOs to truly transform, they need three things: 1. they need a different approach to technology and investment, 2. they need new digital suppliers, 3. they need to create an innovation competency.

“To accelerate the creation of a new digital technology platform, leading companies are acting as venture investors,” Mr. Sondergaard said. “They are not waiting for current suppliers to build digital capabilities. Instead, they are investing in small technology startups. They are buying a stake in their future, guiding their direction.”

“Even if you aren’t a CIO technology venture investor, the landscape for the technology buyer will change. If you are going out to buy products and services, you will need new capabilities that most Mode 1 suppliers don’t have, or are struggling to deliver.”

The new suppliers of digital platforms must be: able to support fast-fail projects; in the cloud, on demand, and highly automated with short-term engagements and pay-as-you-go models; and provide real-time insights with advanced automation.

Posted by: DQINDIA Online
View more posts
Tags:CIOs and IT leaders, Gartner Symposium/ITxpo, Worldwide IT spending
Gartner says it’s not just about big data; It’s what you do with it: Welcome to the Algorithmic Economy 0 out of 5 based on 0 ratings. 0 user reviews.
Your search for jobs ends with Hackathons!
Teradata expands market opportunity for industry-leading data warehouse on Amazon Web Services

Gartner identifies five domains for the transformation of digital platform

For CIOs, now is the time to make sure that your voice is heard- Chris Bayley group CIO, TUI group

Like most other customer-facing industries, tourism is one area that is undergoing massive technology-led transformations…